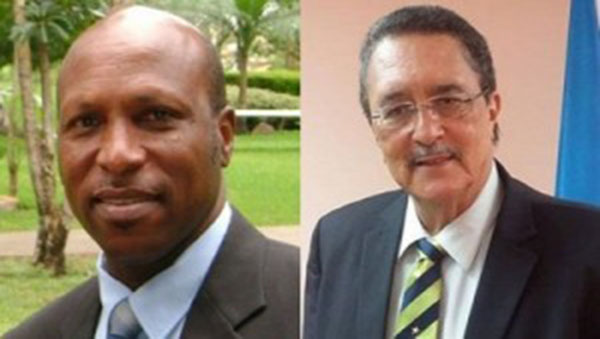 Mayers told the online news publication, St. Lucia News Online (SNO), that his lawyers had served the legal document on the Prime Minister on April 1.

Mayers, who is also the Chairman of the main opposition United Workers Party (UWP), is alleging that Prime Minister Anthony made the allegations during an address to the convention of his ruling St. Lucia Labour Party (SLP) earlier this year. He said Anthony also repeated the statements at SLP meetings afterwards.

“I cannot sit by idly and allow the political leader of the Labour Party to stain my character,” he told SNO, adding that he is demanding a public apology from Anthony as well as a court order preventing him from making the allegations. He is also seeking compensation.

Efforts to obtain a response from Prime Minister Anthony have so far proven futile.

In August 2013, Prime Minister Anthony said the ORC was among reasons the United States decided to suspend all assistance to the local police.

Anthony had also sought assistance from the CARICOM Implementation Agency for Crime and Security (IMPACS) to probe the so called “extra-judicial” killings by members of the police force.