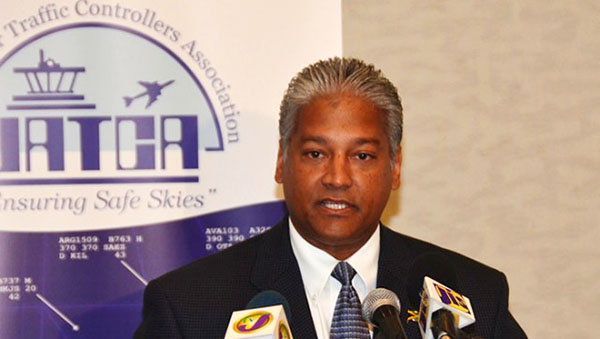 KINGSTON, Jamaica, Apr. 12, (CMC) – The Director-General of the Jamaica Civil Aviation Authority, (JCAA), Nari Williams-Singh, today, confirmed reports that several major airlines have been avoiding the island’s airspace since February, due to concerns about air navigational equipment being used by air traffic controllers.

Williams-Singh has confirmed an earlier statement by the President of the Jamaica Air Traffic Controllers Association (JARCA), Kurt Solomon, on the issue.

“In February we had implemented flow control procedures as a contingency measure while we did remedial work on our radar systems,” Williams-Singh said.

“What the flow control procedures did, it limited the number of aircraft, hence we did not have as many aircraft flying through our airspace at that time. But it certainly was not as a result of airlines avoiding the airspace because of concerns with our safety,” Williams-Singh told Radio Jamaica.

He told radio listeners that due to the flow control procedures, there was also a loss of income, even as he dismissed assertions that there has been a loss of confidence in the use of Jamaica’s airspace.

“I am not aware of any loss in confidence,” he said, adding “we are not aware of that, we have been in constant contact with the international civil aviation organisation and IATA (International Air Transport Association), which represents the airlines, and they have not indicated any of that to us….”