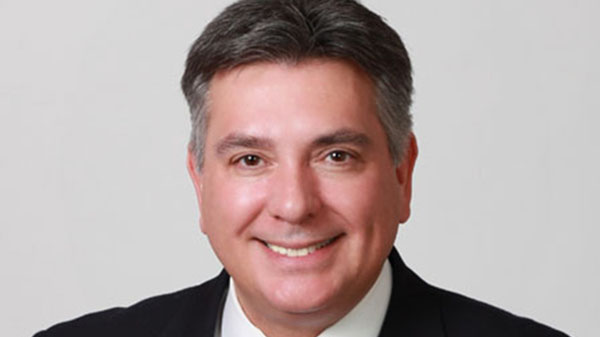 TORONTO, Ontario — Today the Ontario government passed its 2016 Budget legislation that was tabled in the legislature, by Minister of Finance, Charles Sousa, on Thursday, February 25.

Titled Jobs for Today and Tomorrow (Budget Measures) Act, 2016 by the government — and described by Opposition Progressive Conservative (PC) Finance Critic, Vic Fedeli, as, the budget bill that “will mean that life will become more un-affordable for Ontarians” — it outlines the next phase of the government’s plan to create jobs and economic growth.

“Passing the budget Bill is a crucial step in propelling our balanced plan forward to build our economy, eliminate the deficit and prepare our growing‎ workforce for tomorrow’s jobs and opportunities. As a result, Ontario’s economy is projected to be one of the fastest growing in Canada that create jobs and support Ontario families,” said Finance Minister Sousa.

The government claimed, in a media release sent out today, that the new budget Bill includes:

> “Making the largest investment in public infrastructure in the province’s history — about $160 billion over 12 years — for projects such as roads, bridges, transit systems, schools and hospitals – supporting 110,000 jobs every year across the province;

> “Continuing to roll out the Business Growth Initiative, a five-year, $400 million strategy to grow the economy and create jobs by promoting an innovation-based economy, helping small companies scale-up and modernizing regulations for businesses;

> “Reducing the retirement savings gap by implementing the Ontario Retirement Pension Plan (ORPP), which will help working Ontarians save for their retirement. By 2020, all eligible Ontario workers will be covered by a comparable workplace plan or the ORPP; with employer and employee contribution collection beginning in 2018;

> “Investing in the low-carbon economy, with $325 million in 2015-16 through the Green Investment Fund to projects that will fight climate change, grow the economy and create jobs. Its investments support energy retrofits in homes, energy-efficiency initiatives and public charging stations for electric vehicles;

> “Giving people faster access to the right care, now and in the future, with increased funding to hospitals by $345 million; lowering wait times for key services; and make the shingles vaccine available free for eligible seniors aged 65 to 70 — saving them about $170 in out-of-pocket expenses

> “Transforming services so that people with developmental disabilities can be more independent. The government is also updating the Long-Term Affordable Housing Strategy to continue the transformation of Ontario’s housing and homelessness system, focusing on flexible and portable benefits that respond to individuals’ changing housing needs.

> and “increasing choice and convenience for people by responsibly expanding beer and wine sales in grocery stores. By fall 2016, up to 70 grocery stores will be authorized to sell beer, wine, and cider together across Ontario. Wine will eventually be available in up to 300 grocery stores”.

“The passage of the 2016 Budget supports our top priority of creating jobs and promoting economic growth. We are investing in our province today so that people from all corners of Ontario will have the skills, opportunities and infrastructure they need to build the strong economy of tomorrow,” said Ontario Premier, Kathleen Wynne.

“Amendments proposed by the Official Opposition aimed to strengthen oversight and transparency regarding the use of cap-and-trade revenue, avoid removal of tax credits that benefit children, families and seniors, avoid tax increases on wine, and ensure that Ontario seniors aren’t paying more for drug costs. No amendments were approved as the government majority on the Committee voted to defeat them.”

Fedeli said that the party couldn’t support a Budget legislation that, among other weaknesses, “contains a loophole for the use of cap-and-trade revenue, similar to the loophole allowing Hydro One revenue, earmarked for transit, to be used to lower the deficit.

“This reaffirms the Financial Accountability Officer’s assertion surrounding use of one-time money to reduce the deficit, and that it will be difficult to balance after 2017-18 – conveniently right after the next election.”

The Jobs for Today and Tomorrow (Budget Measures) Act, 201 is part of the government’s economic plan to build Ontario up and deliver on its number-one priority to grow the economy and create jobs, stated the government’s release.

“The four-part plan includes investing in talent and skills, including helping more people get and create the jobs of the future by expanding access to high-quality college and university education.

“The plan is making the largest investment in public infrastructure in Ontario’s history and investing in a low-carbon economy driven by innovative, high-growth, export-oriented businesses. The plan is also helping working Ontarians achieve a more secure retirement,” it added.