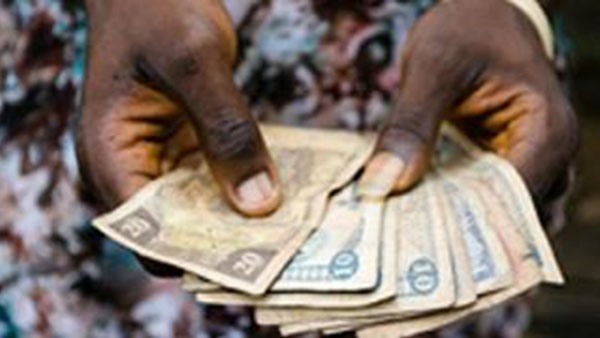 A man counts money he received from an overseas relative. Photo courtesy of the World Bank.

WASHINGTON, DC Apr. 14, (CMC) – While remittances to developing countries, overall, edged up slightly in 2015, the World Bank says, among geographical regions, Latin America and the Caribbean saw the “most rapid” growth rate in remittances in 2015.

Yesterday, the Washington-based financial institution said the region’s 4.8 percent growth was due to the recovery in labor markets in the United States.

The bank added, growth in Latin America and the Caribbean is expected to continue in 2016, albeit at a slower pace.

It noted that remittances are expected to reach US $69.3 billion this year, from US$66.7 billion last year.

Overall, the World Bank said remittances to developing countries grew only marginally in 2015, as weak oil prices and other factors strained the earnings of international migrants and their ability to send money home to their families.

In the latest edition of the “Migration and Development Brief”, released yesterday, the World Bank said officially recorded remittances to developing countries, including the Caribbean, amounted to US$431.6 billion in 2015, an increase of 0.4 percent over US$430 billion in 2014.

However, the growth pace in 2015 was the slowest since the global financial crisis.

The institution said global remittances, which include those to high-income countries, contracted by 1.7percent to US$581.6 billion in 2015, from US$592 billion in 2014.

The World Bank said the slowing in remittances growth, which began in 2012, was exacerbated last year by low oil prices, “which are taking a toll on many oil-exporting remittance-source countries, such as Russia and the Gulf Cooperation Council (GCC) states.”

“Remittances are an important and fairly stable source of income for millions of families and of foreign exchange to many developing countries,” said Augusto Lopez-Claros, Director of the World Bank’s Global Indicators Group.

However remittance flows are expected to recover this year, after “bottoming out” in 2015, with growth driven by continued economic recovery in the United States and the EuroArea, and a stabilization of US dollar exchange rates of remittance-source countries.

The World Bank noted that the Diaspora has assisted people affected by disasters by sending more money home.

But it warned that remittances may also fall if the disaster disrupts the money-transfer infrastructure.

“While climate change is likely to result in increased frequency and severity of weather-related disasters, the international community currently lacks a legal and institutional framework to cope with the resulting migration from the affected areas,” the Bank said.