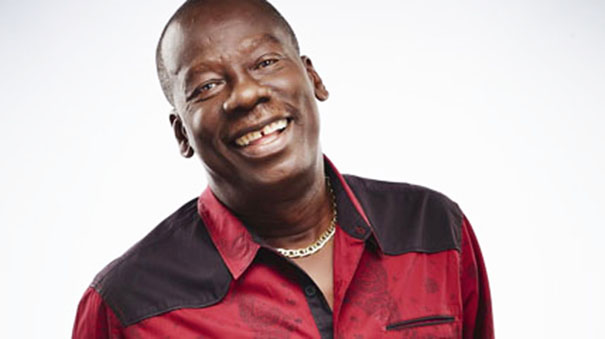 Sibbles, dubbed “The Legend”, flies into Toronto, from Jamaica, on Thursday, and will headline the Sunday Jam: Where It All Began concert and dance, on Sunday, April 24, from 4:00PM to 8PM.

“The Legend” was described by Kevin O’Brien Chang and Wayne Chen, in their 1998 book, Reggae Routes, as “the greatest all-round talent in reggae history”.

Born on January 29, 1949, Sibbles was the lead singer for The Heptones in the 1960s and 1970s and continues to perform around the US and the Caribbean. In combination with his work with The Heptones, he was a session bassist and arranger at the famous Clement “Coxsone” Dodd’s Jamaica Recording and Publishing Studio.

The Heptones were among the most prolific and influential groups of the rock steady era. Signature Heptone songs included “Baby”, “Get In The Groove”, “Ting A Ling”, “Fattie Fattie”, “Got To Fight On (To The Top)”, “Party Time”, and “Sweeting Talking”.

The group’s Studio One output has been collected on albums The Heptones, On Top, Ting A Ling, Freedom Line, and the more recent Heartbeat anthology, Sea of Love.

Sibbles moved to Canada in 1973, where he married and remained for 20 years, and won a U-Know Award for best male vocalist in 1983, and a Juno Award for best reggae album in 1987.

Presented and produced by popular event manager, Sandra Whiting, this Tribute Edition of the Sunday Jam series of concerts will also witness performances by ageless jazz and R& B crooner, Jay Douglas, who is a founding member of the Cougars; energetic entertainer, Ossie D; popular reggae singer, Chester Miller; and Elaine ‘Lil’Bit ” Shepherd.

The performers will be accompanied by the Hard Core band, and the emcees for show will be Danae Peart, station manager of Toronto’s Vibe FM, and DJ Henry, of Henry’s Records.

The Sunday Jam Tribute edition will take place at the Lula Lounge at 1585 Dundas Street, West, in Toronto, and tickets are $40 each, at the door.

Tickets are available Online at www.evenbrite.ca and for more information visit: sandrawhiting.ca or call (416) 573-1375.