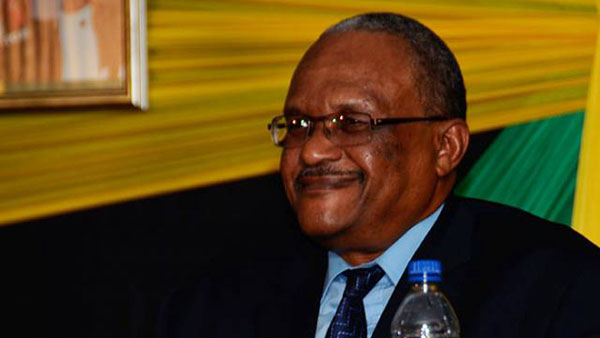 MONTEGO BAY, Jamaica April 21 (JIS) — Permanent Secretary in the Ministry of National Security, Major General Stewart Saunders, says contracted funeral homes should not be charging families for the removal of bodies that are later deemed to be not of a sudden death in nature or requiring a forensic pathologist.

The Permanent Secretary, who was addressing a recent Town Hall meeting in Montego Bay, said it has come to his attention that some unscrupulous funeral home operators have been double billing, charging families of the deceased and the National Security Ministry for the same service.

“Even if the police send a body to a funeral home today and, within 48 hours, it is discovered that the deceased should not have gone to a contracted funeral home, then there should be no payment,” Mr. Saunders stressed.

“Those payments are made by the Ministry of National Security and ought not to be passed on to the family of the deceased,” he added.

The Permanent Secretary said he met recently with a number of funeral home owners and police forensic representatives, where the matter was discussed.

“If the families are asked to pay, then they can call the Ministry of National Security, directly, and ask for me. It is not fair for a grieving family to be asked to pay for something that the government is dealing with already,” he said.

Saunders said it has also been discovered that unauthorized persons have been ordering and carrying out autopsies, and signing subsequent reports on behalf of the Ministry, for a fee.

“This is another matter that has come to our attention and which we are addressing, because we have found out, in recent times, that there is a lot of corruption in the system,” he said.

He emphasised that all post-mortem examinations are to be confirmed by government pathologists and only police officers can instruct funeral homes to release bodies, and inform of the place where the post mortem examination will be done.