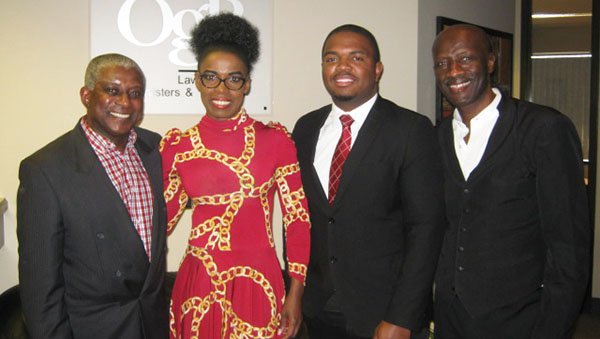 TORONTO, Ontario — Today, after intense but cordial discussions and negotiations, Pride News Magazine and its Publisher and Editor, Michael Van Cooten, and Pauline Christian and her son, D’Juvayne Christian, reached a settlement that quashed an impending defamation lawsuit.

On Wednesday, February 10, of this year, the newspaper ran an exclusive news item, entitled “Pride News Magazine Exclusive: Calls Mounting For Pauline Christian To Step Down As BBPA President”.

Earlier this month, Christian and her son, D’Juvayne, who both objected, strenuously, to the veracity of the story at the time, served Pride News Magazine and Michael Van Cooten with a Notice of Action, intending to file a defamation suit.

A few days after, Van Cooten says he approached the Christians’ lawyer, Osborne Barnwell, and suggested a solution that he thought could lead to an amicable settlement.

On Thursday, April 21, 2016, a settlement was reached, that includes, as one of its conditions, that Pride News Magazine issue a public apology that says, in essence, “While Pride News Magazine disagrees about the intentional defamatory nature of the article, it understands the claim by the Christians that they feel they have been defamed.

“In that regard, Pride sincerely apologizes for any hint of any defamation, whether directly or by innuendo, and asserts that Pauline Christian and her family have given great sacrifice to our Black Community and its various interest and thus, any negative defamatory impact on them is regrettable, and for that, Pride is deeply sorry.”

The Christians, in turn, have agreed to rescind the Notice of Action and forgo pursuing any defamation law suit.