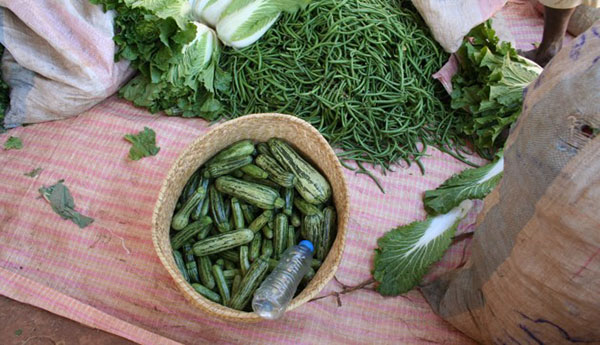 Boosting The Future Of The Food Movement

WASHINGTON, Apr 24 2016 (IPS) – Investing in new entrepreneurs who bring a holistic approach to food sustainability is one way that the food movement can overcome mounting global challenges from environmental degradation to food waste.

“I grow food, I feed people, body and minds. We must look at the food system at large,” Washington told IPS during the recent Food Tank Summit.

Karen Washington, is a 62 year old community activist who co-foundered the movement Black Urban Growers. After decades of working as a physical therapist in the Bronx, New York City, she decided to become a food entrepreneur advocating low-income communities to have inclusive access of to fresh, healthy food and a fair market.

“I am active, it is not about talk, it is easy for people to talk, you can look at my hands, I also talk but I farm as well.”

Washington is a member of a community garden in the Bronx and also grows collectively in a three acre piece of land in Chester, New York. She grows vegetables and flowers selling to local markets and restaurants.

As a health care professional Washington saw her patients having problems with their diet and, ultimately, with their health.

“They were developing diet related diseases like type two diabetes, hypertension and obesity. And all of this had to do with the food they were eating. I looked at my patients holistically and saw they were eating the wrong thing”.

An holistic approach to food systems must also address the racial divide in the production and consumption of food.

The face of agriculture in the United States is a white male farmer. As a matter of comparison, New York state has 55,000 white farmers but only 150 are black. “If you look at some states there are no black farmers, so we felt that this was something we had to bring out and expose, racism that continues to persist in the food system,” said Washington.

“We needed to have our own stories and seek for a black leadership on agriculture. There was no place like it, where black young people could see black leadership in action or have a conversation that affected black neighbourhoods, and also to find out we could get together and look at solutions,” she said.

Activists, entrepreneurs and food experts agree there is an urgent need to reinvent the cycle of food, empowering local based solutions and intersecting with economics, education, health, environment and, of course, “the four letter word ‘race’ that no one talks about”, said Washington. “We have to look to those intersections and move the full system in the right direction”.

Supporting entrepreneurs like Washington is one way that the food system can become more sustainable, experts at the two-day summit agreed.

“We have to create a new alliance of people wanting to ensure sustainability for the present generation and also guarantee the future generations can meet their demands and needs,” Alexander Muller, leader of the United Nations Environment Programme (UNEP) hosted project TEEB for Agriculture & Food (TEEBAgriFood), told IPS during the summit.

“If we look at the whole cycle, we see we cannot guarantee that the future generations can feed themselves and, therefore, we have to act,” said Muller.

Around one billion people suffer from hunger worldwide, and more than two billion have food related health problems like diabetes and obesity. The global food system also relies on increasingly fragile resources. The world is losing 24 billion tons of fertile soils a year because of erosion and the food system is currently losing about 70 percent of all water withdrawn from natural cycles.

“Waiting would only increase the problems. We already see that major agriculture production systems are at risk. We need to know the true price of our food and have clear signals on the markets that sustainable food in the long-run is cheaper than unsustainable food,” said Müller.

The summit featured more than 75 speakers from the food and agriculture fields – such as researchers, farmers, chefs, policymakers, government officials, and students – that came together to discuss on topics including food waste, urban agriculture, family farmers, and farm workers.

They agreed that supporting sustainable agriculture is a a matter of urgency. The food movement is at the beginning of transforming a complex system with multiple actors, the time is now, warned Danielle Nieremberg Founder and President of Food Tank, a research organization dedicated to cultivating individuals and organizations to push for a better food system.

“A lot of innovations that farmers are using in the fields cover a great potential to be scaled up,” Nieremberg told IPS. “We have things like climate change conflicts, and we really need to move forward if we are going to make changes and leave this planet in good enough conditions for future generations,” she said.

For Jason Clay, the senior vice president of Food & Markets at WWF, there is a need to increase efficiency and change the way we value food.

“If we can reduce and eliminate waste, that would be half of the new food we need to produce by 2050. We have to double food production by that year. It also means 10 percent of the greenhouse gas (GHG) emissions and more than 20 percent of water used to produce food that is going to be wasted,” Clay told IPS.

“Governments should also be investing in rehabilitating land rather than subsidising business as usual. This is an opportunity to do better,” said Clay.

For Clay and also for Muller, it is important to ensure that the positive signals from the food movements are growing faster than the negative signals of destroying the environment.

The attention on food and linking the act of eating to sustainability are the key issues. Without changing the food systems this planet will not become sustainable and the way society produces food cuts across the new Sustainable Development Goals (SDGs) agreed September 2015 at UN headquarters.

One Doctor Killed, Another Injured, During Botched Kidnapping Attempt In Trinidad 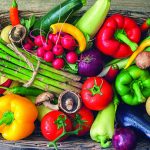 How To Shop Sustainably In The Spring 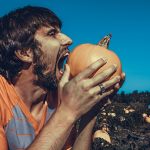 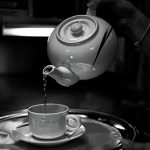 Matcha Your Way To A Healthy Life 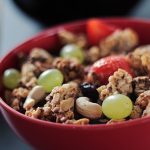 The Mighty Oat – A Super Food Close To Your Heart 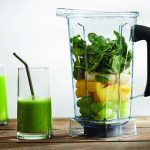 4 Delicious Ways To Sneak In Energizing Greens At Breakfast