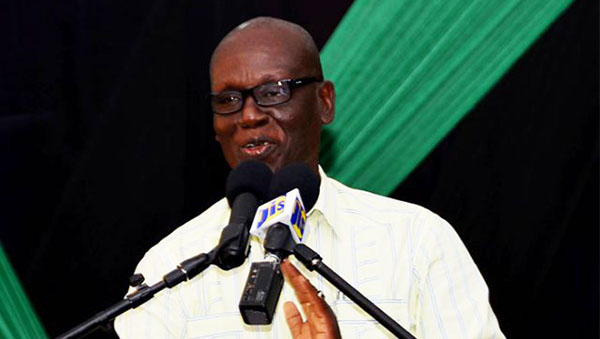 ST. JAMES, Jamaica April 24 (JIS) — Minister of Local Government and Community Development, Desmond McKenzie, is warning persons who improperly dispose of their garbage in public places, that legislation is coming that will bring more stringent sanctions against offenders.

Minister McKenzie said the present penalty of $2,000 was not a deterrent to lawbreakers, particularly to those dumping commercial waste.

“The present fine for littering is being reviewed, and the legal team in the Ministry has made a submission as to (an) increase, (and) as to what (amount) they are proposing, because I believe that the fines should hurt where it matters most and that is in the pocket,” McKenzie said.

The Local Government Minister, who was speaking at a Town Hall Meeting, at the Montego Bay Cultural Centre on April 21, said in addition to imposing severe fines, the government will be strengthening the enforcement arm of Parish Councils, by increasing the number of municipal police officers island-wide.

At the town hall, the Minister also launched the first leg of the National Clean-up Campaign.

“I want to urge you, (to) support this initiative; it is in the best interest of Jamaica. Investors don’t want to come to a (dirty) country,” Minister McKenzie said.

The clean-up campaign in St James is the pilot, which will determine how the program is rolled out in other parishes.

Minister McKenzie is spearheading the inter-ministerial, multi-agency National Task Force, appointed by Prime Minister, Andrew Holness, to lead the assault against the Zika-Virus and other diseases that are posing a threat to public health at this time.

The National Clean-up Campaign is a joint effort between the Ministries of Local Government and Community Development and the Ministry of Health; the Social Development Commission (SDC), National Works Agency (NWA), Jamaica Constabulary Force (JCF) and the Jamaica Defence (JDF), which is supervising the sensitisation and clean-up operations.

Funding for the campaign is being provided by Jamaica Emergency Employment Programme, the Tourism Enhancement Fund and the NWA. The program will be taken to Portland next.