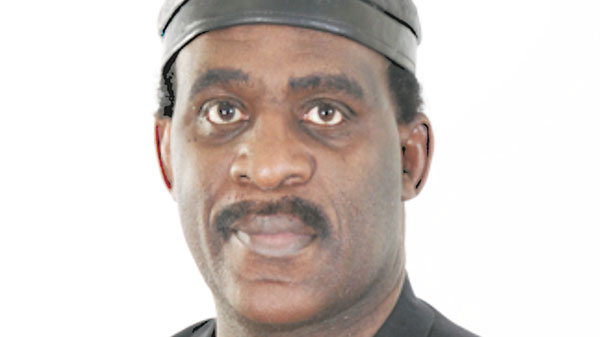 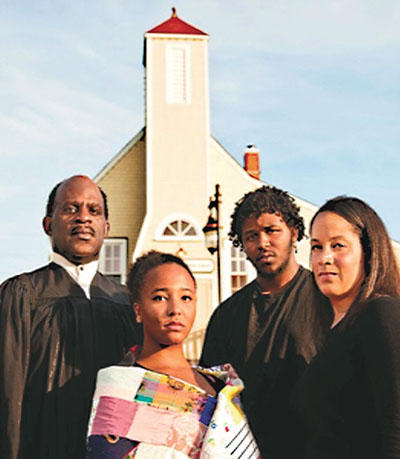 The cast of Woods’ play, Once: Africville Stories, won Best Drama, Best Script Awards at the 2015 Atlantic Fringe Festival. Woods is on the left in photo that was provided.

Woods, also an organization leader in Dartmouth, Nova Scotia, was among 15 African Canadians, whose achievements and successes were celebrated by the HJA, a venerable 34-year-old organisation that presents, annually, one of the most prestigious national awards — a coveted symbol of achievement — in the African-Canadian community.

This national recognition of Woods pays tribute to his lifelong work, articulating and showcasing African Nova Scotian and African Canadian history and culture in poetry, plays, painting, storytelling, acting, curating, and organization leadership; as well as his contributions to Canadian drama, poetry and visual art.

Woods was nominated for the Harry Jerome Award by Dr. Afua Cooper, Associate Professor in the Department of Sociology and the James R. Johnston Chair of African Studies, at Dalhousie University, with whom he has conducted several recent research and performance projects.

Born in Trinidad and Tobago in 1959, Woods immigrated to Dartmouth in 1972 with his parents and four siblings. He attended Dalhousie University (1977-80) initially planning to study law, but a summer spent working with children from Preston at a cultural summer camp in Truro, transformed Woods.

After the camp ended many of the children insisted Woods visit them in their home communities in Cherry Brook, East Preston and North Preston. He did and was embraced by the children’s families and soon became part of the fabric of the Preston communities. Woods tutored students, got young people involved in drama, and created organizations like Youth on The Move, but most of all, he found a home for his creative talents.

Woods was well read in Black history and culture at an early age and saw much in Preston’s history and culture that was unrecognized and uncelebrated. There were the residual antebellum American south cultural practices: the ‘Gullah talk’ and nicknaming traditions of North Preston, ‘The Shout’ (a derivative of the ‘Ring Shout’ religious dance from the Georgia Sea Islands) and ‘Seeking’ (a religious practice where Baptism candidates are sent into the woods to receive a vision from God).

There were also wonderful oral histories such as the story of Richard Preston (1791-1861) a ‘runaway slave’ from Virginia, who was re-united with his mother in Preston and became one of the province’s great religious and social leaders. And there was gospel, blues, country and western music played in kitchens, and grand quilts and baskets made by the women. 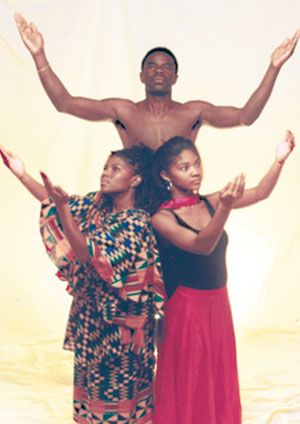 “David Woods is driven by his love and dedication to the Black communities. His work bringing aspects of African Nova Scotian art and culture to the forefront has been astonishing. Through his involvement of youth in organizations such as the Cultural Awareness Youth Group, Voices Black Theatre, Preston Cultural Festival many leaders have taken shape and later became lawyers, educators, politicians, actors, artists etc.

“David is still inspiring and developing youth, including my son, Kyrel, and niece, Letitia, who are currently studying at the Nova Scotia Arts and Design College in Halifax, in large part, because of Woods’ influence,” said Viola Fraser of the North Preston Recreation Centre, and Co-founder of the North Preston Cultural Association.

And Woods began dreaming of presenting Preston’s story to a larger audience.

Woods would get his first chance with the Black United Front (BUF) – a noted Black community political and social advocacy organization in the 1980’s.

In 1981 Woods was offered a job as Program Director for Youth Programs with BUF.

One of his first tasks was to design a program, exposing children of mixed backgrounds and Black children growing up in White foster homes to Black culture and history. However, Woods argued to the BUF Director that it was not only children of these targeted groups who were uneducated to Black history and culture, but also all Black children growing up in the city. Woods converted the BUF program to a citywide initiative.

In order to reach as many youth as possible, he established his program at local high schools where he would have access to Black youth from multiple backgrounds, especially those who lived outside of Black communities. 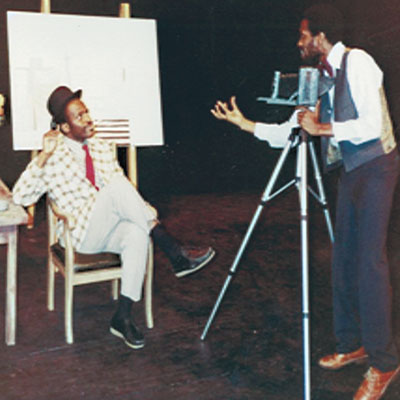 Woods’ programming mantra was that youth would learn their history and culture, not in static lectures and presentations, but ‘by doing’ and so he organized a rigorous and competitive program of inter-group activities and competitions for the groups to take part in, including Black history quizzes and debating tournaments, provincial and national youth conferences, and community exchange trips.

Along the way, youth not only learned history and culture but also learned to be leaders.

With Woods at its helm as Director, CAYG became a cultural force for youth in the city. The membership swelled to 200 with new chapters of the organization established as far away as Guysborough County and St. John, New Brunswick.

CAYG’s importance became obvious when, in 1985 (International Year of Youth) the then Minister for the Department of Secretary of State selected 10 prominent Canadian youth leaders for national leadership awards and two of those named were CAYG members (Karen Hudson, Cherry Brook and Doug Sparks, Dartmouth). 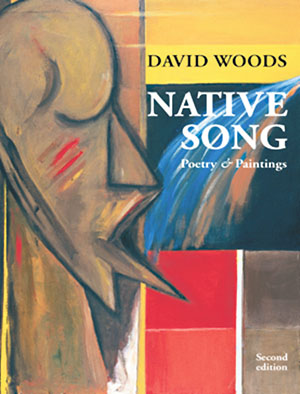 Woods left CAYG in 1989 to focus on his art and writing and, in 1990, published Native Song –– a collection of poetry and paintings (Pottersfield Press).

The book was an instant bestseller and Dartmouth Book award nominee. It also became a curriculum text for several high schools and university English courses in the province in the years following its publication.

Native Song also introduced Woods’ artistry to national audiences as well as to other artists and performers across the country. Soon

His paintings were exhibited in galleries in Halifax, Montreal and Toronto, and he became a popular presenter in literary and storytelling festivals across Canada, including the Vancouver Storytelling Festival and Labrador Arts Festival.

And his poetry and stories were published in literary anthologies and school textbooks in both Canada and Europe.

In 1990, CBC Radio broadcast Woods’ play on Africville Part of The Deal nationally, and this first radio drama production was followed by several more over the next decade, including The Aunt Jemima Story (1993), Once: Africvile Stories (1996) and Home (2000).

In 1998, Woods was asked to organize an exhibition of Black Nova Scotian artists by Anna Leonowens Gallery, Nova Scotia College of Art and Design (NSCAD). The Gallery expected a small exhibition of works by five to six Black NSCAD graduates, however Woods used the opportunity to research and document art from Black communities across the province eventually collecting 150 pieces of artwork from 44 living and deceased artists for his exhibition. 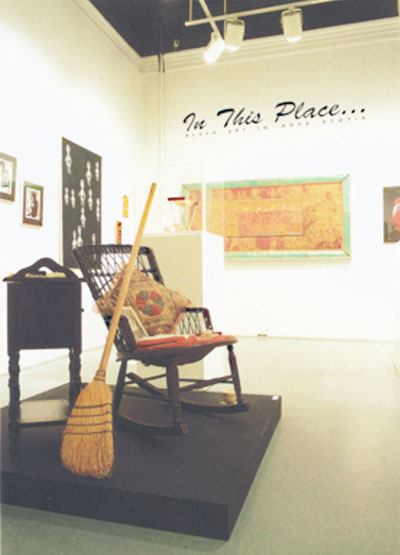 The resulting exhibition, In This Place: Black Art in Nova Scotia — curated by Woods and Dr. Harold Pearse, former Associate Dean of Nova Scotia College of Art and Design — broke the then attendance record at Anna Leonowens Gallery and later toured several galleries around the province.

He also brought attention to older and deceased Black art pioneers who were largely unknown prior to In This Place, including Audrey Dear-Hesson (1928-) the first Black graduate of the Arts College of Nova Scotia (1953); Edward Mitchell Bannister (1828-1901) — a New Brunswick born American painter, photographer who in 1876 became the first artist of African descent to win a major art prize in North America (First Place Bronze medallion, Centennial Exhibition, Philadelphia); and Edith MacDonald Brown (c.1880-1955) an Africville painter.

“Woods, by both passion and ingenuity, is able to create powerful artwork and performance that affects people of all backgrounds and yet stays connected to everyday people and life of Nova Scotia’s Black communities,” noted Dr. Pearse of Woods’ impact on audiences.

In 2006 Woods was appointed Associate Curator of African Nova Scotian art at the Art Gallery of Nova, where he spearheaded two important projects: the purchase of a painting by Edward Mitchell Bannister for the gallery’s permanent collection (River Scene oil on canvas 1988) and bringing an exhibition by Mary Bendolph of the famed Gees Bend quiltmakers of Alabama to the gallery (Mary Bendolph: Gee’s Bend Quilts and Beyond 2007). 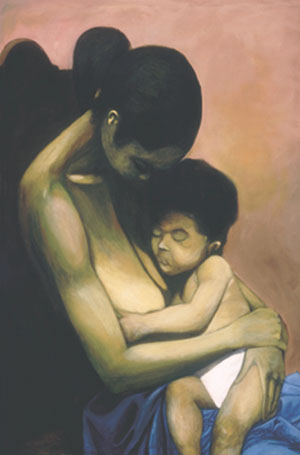 Woods is essentially a self-educated artist, but never doubted his ability to create work in different disciplines at a very high level.

He has been studying and creating art, literature and drama since childhood and explains his early art education process and learning regimen: “I had an Uncle who understood my strong creative sensibilities and, at a very early age, he brought me books on literature, art and drama. He also took me to art galleries and to drama and musical concerts. I was so entranced by these windows to a greater life, I began learning and practicing the various art-forms he exposed me to, every night, while the rest of my family slept.

“I remember my sisters used to make fun of me because I would file my ‘nightly creations’ (hundreds of drawings, watercolours, poems and other writings) in empty cornflakes boxes. I continued this nightly regimen into my early twenties and when I was called to use my creativity in service of the community, expressing through multiple art-forms seemed natural to me.” 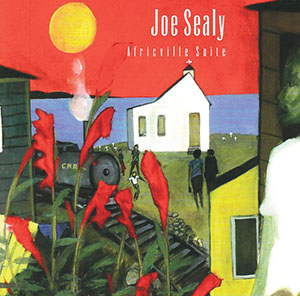 He has also contributed writings, drama and artwork to projects that have been awarded the Gemini Award (Speak It –a documentary by Sylvia Hamilton 1993) and the Juno Award (Africville Suite by Joe Sealy Best Contemporary Jazz Recording 1996).

Woods continues his exceptional ‘multi-arts work’ and has just completed the first draft of The Price of The Ticket –– a collection of stories on northend Halifax in the 1930’s-40’s. He is currently researching Extraordinary Acts –– a new play exploring the Black community’s experiences during the 1917 Halifax Explosion that he hopes to produce for the Halifax Explosion Centenary in 2017.

Finally, in early May, Voices Theatre will be taking a revival of his multiple-award-winning play, Once: Africville Stories, on provincial tour.