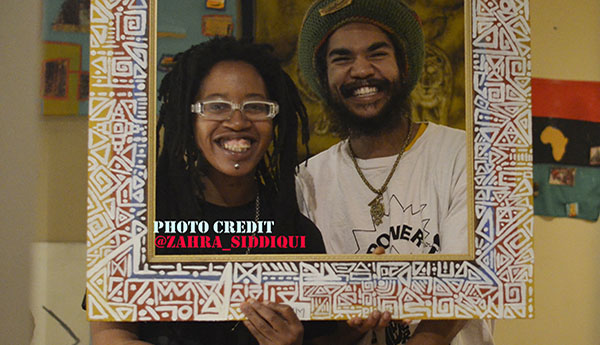 TORONTO, Ontario — Blacklisted is a first time combined artistic showcase between two of Toronto’s most significant creative minds, Malcolm-Emilio Yarde and Kalmplex. The collection is currently on exhibit at D-Beatstro located at 1292 Bloor St. W at Lansdowne.

Showcasing 40 original creations of acrylic on canvas, oil on canvas and textiles, Blacklisted displays modern, unique and unconventional art styles. The artistic duo re-define famous figures such as Malcolm X, Muhammad Ali and Janet Jackson, as well as a provocative reinvention of The Last Supper with Beyoncé in formation with her twelve disciples. These two artists are dedicated to the “upliftment” of Toronto’s diverse artistic and cultural communities, in addition to the pursuit of excellence in their work. 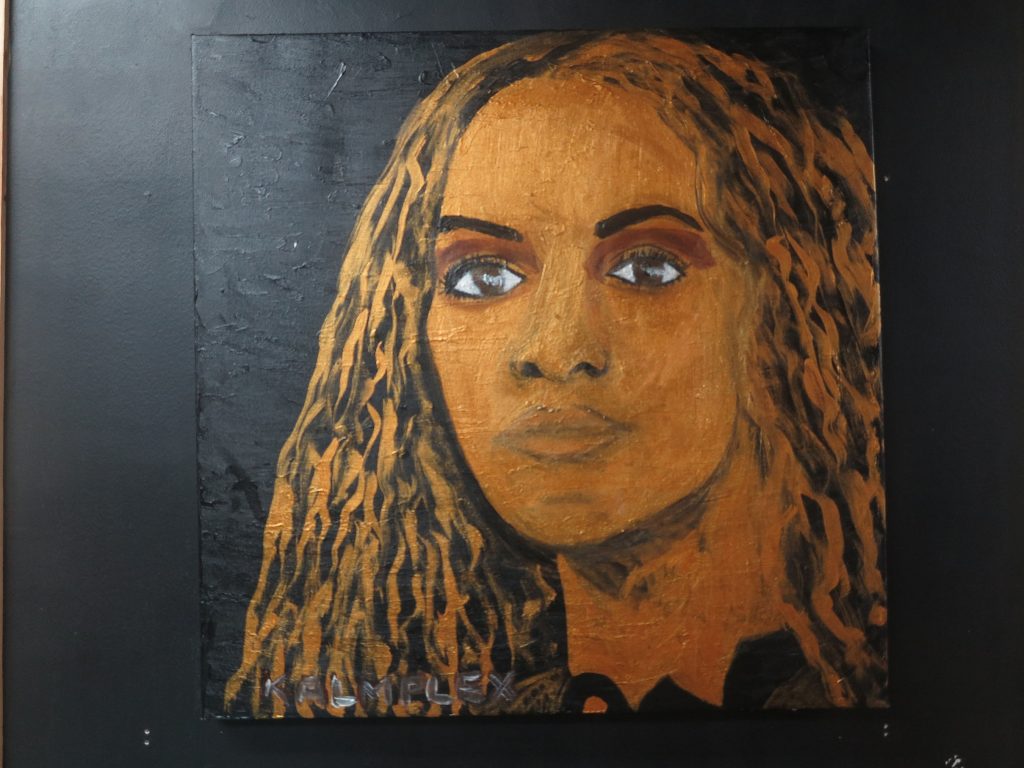 Malcolm Yarde asks us to re-examine our human consciousness through constructions of difference. As a self-identified Black-Chileno, Yarde relies on his working-class/working-poor backgrounds, and his mixed-racial and cultural heritages that move through Canada, the Caribbean, and South America, to analyze, critique, disrupt, and navigate issues. In his quest to empower his generation, Yarde has mounted over one hundred (100+) paintings in Toronto. Additionally, he has shown his creations in New York and most recently, in Jamaica.

Born and raised in Toronto to Jamaican and Ghanaian parents, and using art as a weapon to affect change, Kalmplex is a multi media artist who spins vinyl and documents the world through photos and video, and by spreading colours on canvases or walls through graffiti. Kalmplex is a documentary film maker, the creator of a multi run mono drama, and is a vegan chef with a smart mouth and quick wit.

We wanted to find out a little more about Kalmplex, so we raised a few questions:

Did you always want to be an artist? What and/or who inspired you to pursue this?

I’ve always been drawing and painting since I was 4 years old. Music and art has always been my passion from painting pictures, documenting through videography/photography and DJ’ing vinyl records. I’m influenced by Michael Jackson, Jamel Shabbazz, Jean Michel Basquiat. There isn’t a particular artist per se who has influenced me to be an artist. My creative expression is more a reflection of the gifts the creator has bestowed on myself to share with the world.

We know you are of Jamaican and Ghanaian descent. Does your background influence the way in which you approach your art and if so, how?

In terms of my work, my Jamaican/Ghanaian heritage isn’t a particular driving force of my creativity. I have a keen eye for detail and appreciate capturing moments and vibrant colours. I have focused some of my works on reflecting African people and the diaspora to give space for their stories to be told. I’m trying to expand on what “blackness” means in today’s society, as well as carve my niche in an art world that heavily favours appropriating Black art, but not supporting Black artists.

What message(s) are you seeking to convey through your art?

I’m trying to be expressive, original and unconventional. I’m known for more cartoonish-like characters but this particular series focuses on portraits of Black influential artists, as well as an interpretation of The Last Supper featuring Black female singers. This comes through as a creative outlet to pose commentary on anti-black racism and how it affects today’s icons, as well as flipping the script on patriarchy and giving a different version of how events might have been – i.e. Jesus actually being an African woman and having female disciples.

Give us some insight into what it’s like to live a vegan lifestyle.

I haven’t eaten meat in over 20 years and I’ve been vegan for the last 15 years. It’s a healthy way to live. I ride my bike year round. I shop at farmer’s markets and eat locally sourced fruits and vegetables and grow food in my garden. It’s about lightening my carbon foot print on the world. Also it’s about maintaining that eating animals is not a necessity to living a healthy productive life. Food sourcing is also steeped in environmental racism and if you’re not lucky, or rather economically wealthy enough, the food you are most likely to be fed is filled with chemicals and genetically modified ingredients. I believe everyone should have access to clean air, water, and nutritious food grown without the disease causing ingredients.

I’ve learned in this life you gotta have faith in your dreams and don’t let anyone tell you what you want to work for is impossible. People come and go and at times it seems people don’t support you, but the creator knows how hard you’ve been working. Having a positive mindset and work ethic goes a long way. Never give up on yourself.