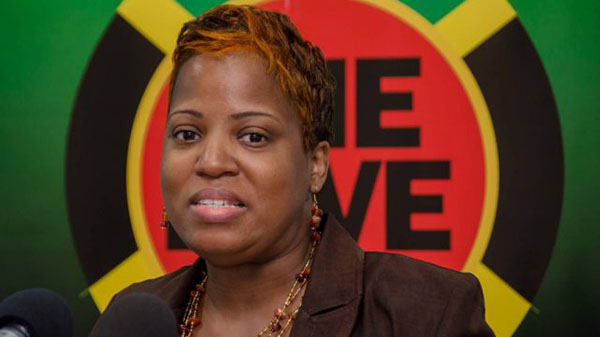 Principal Director of Culture in the Ministry of Culture, Gender, Entertainment and Sport, Dr. Janice Lindsay, addresses the media launch of the One Love Festival on April 27 at the University of the West Indies’ (UWI) Regional Headquarters on Mona Road, St. Andrew Photo credit: Donald Delahaye.

ST. ANDREW, Jamaica May 2 (JIS) — The Ministry of Culture, Gender, Entertainment and Sport, is hailing the Japanese government for its continued support of cultural programs in Jamaica.

Japan is also providing grant support to upgrade exhibition facilities at the Institute of Jamaica, and technical assistance to the Ministry for the review of the National Culture Policy.

Dr. Lindsay was bringing greetings on behalf of Portfolio Minister, Hon. Olivia Grange, at the official launch of the annual ‘One Love Festival’ on April 27 at the University of the West Indies’ (UWI) Regional Headquarters on Mona Road, St. Andrew.

The festival will be held on May 28 and 29 in Odaiba, Japan.

Dr. Lindsay expressed the Minister’s pleasure at the good relationship between both countries and thanked Japan for helping to spread the Jamaican culture overseas.

The One Love Festival, held since 2004, showcases Jamaican reggae music, art, food and fashion in Japan.

Ritchie Stephens is among the performers at this year’s show, while Miss Waterhouse Pageant winner, Shante Gapour, who has been named cultural ambassador for the event, will travel to Japan to speak about the Jamaican culture.

As part of the festival, a ‘Miss One Love Essay Competition’ is being held, where young people, ages 18 to 25 years old, are invited to discuss ways in which dancehall and reggae music can be used to positively impact the Jamaican people.