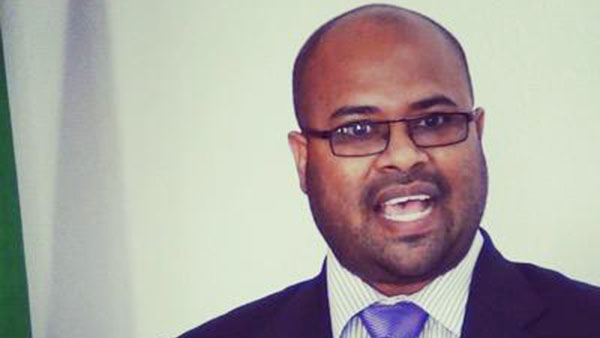 Imran Khan Resigns As NCN Board Director In Guyana

GEORGETOWN, Guyana, May 3, (CMC) – The Director of Public Information in the Office of the Prime Minister, Imran Khan, has resigned as a director of the state-owned National Communications Network (NCN) in protest at the appointment of Lennox Cornette as the network’s Chief Executive Officer.

“I advised the Honourable Prime Minister (Moses Nagamootoo) of the reason for same, thanked him for the confidence reposed in me for having been selected to serve as an NCN Director and expressed regret that the circumstances do not permit for me to serve the full duration of the term for which I was appointed,” Khan said in a statement.

His decision to resign follows the decision by the NCN Board to appoint Cornette, a public relations consultant, to the post, even after Cornette admitted to him, that he had forged the signature of the late Terry Holder, while he worked at the Guyana Telephone and Telegraph (GT&T) company.

Khan said that such an admission was enough to remove Cornette from the running for the position, but the Board went ahead with the appointment, even after Khan requested that the Board meet to discuss the issue further.

In his statement. Khan said he “could not associate my name with such an appointment. I therefore am of the conviction that continuing as a Director is untenable.”

You Might Also Like:  St. Lucia Government Minister Sent On Leave, As Government Launches Investigation Into His Conduct

He said the decision of the Board to proceed with the appointment in light of the available information, is reckless and imprudent.

Last week, Khan wrote to Prime Minister Nagamootoo requesting that he revoke the appointment of the Chairman of the NCN Board, Bish Panday, over the decision to appoint Cornette.

Khan told the prime minister that “it is my view that the appointment of Mr. Cornette as CEO is an irresponsible, foul and obnoxious decision, given his admission. The Chairman pushed this matter through with undue haste. It was a most reckless act on his part.

“The Chairman lacks the demonstrable capacity to effectively chair the NCN Board. Not only is he weak but he has proven that with regard to the most critical of decisions he is prone to act in haste and make decisions which puts NCN, a company at the centre of the state’s national security, at risk.

“Further, Prime Minister, considerable time at Board Meetings is spent on the Chairman discussing irrelevant non-agenda matters, principally involving the Chairman threatening to resign (which is a threat that is made at almost every single meeting) and him seeking to impress the Directors as to his contacts in society among the elite and powerful,” Khan wrote.

But Panday wrote to Prime Minister Nagamootoo pointing out that “I maintain Mr Khan is unqualified to judge my competence. I don’t know that he ever managed anything or ever met a payroll”.