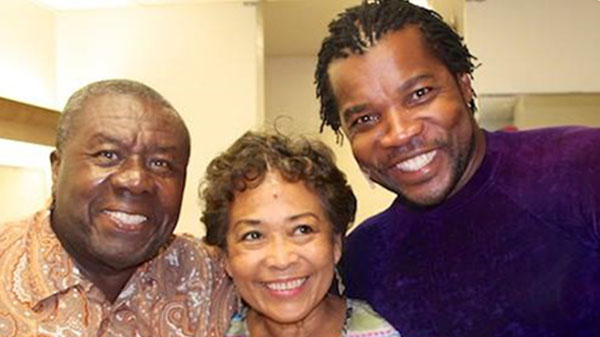 TORONTO, Ontario — What is it with renowned comedian, actor and producer, Oliver Samuels, and Mother’s Day in Toronto?

Apparently it’s a kind of “love-in”, in which he loves to give of his talents and pleasing persona to help send a strong message — using theatre as a medium — to Toronto mothers, that they are appreciated and loved, for how caring, loving and exceptional they are.

For over 16 years, the man, dubbed the Caribbean’s King of Comedy, has been gracing the stage and spreading his message of mothers’ love in Toronto, through his versatility, charisma and great acting skills, which, it seems, everyone looks forward to enjoying around this time of year.

Written by prolific Jamaican playwright and producer, Basil Dawkins, the new production is directed by Brampton-based Douglas Prout, and the talented, veteran actor, Ruth Ho Shing, and theatrical journeyman, Dennis Titus, make up the rest of this experienced cast. 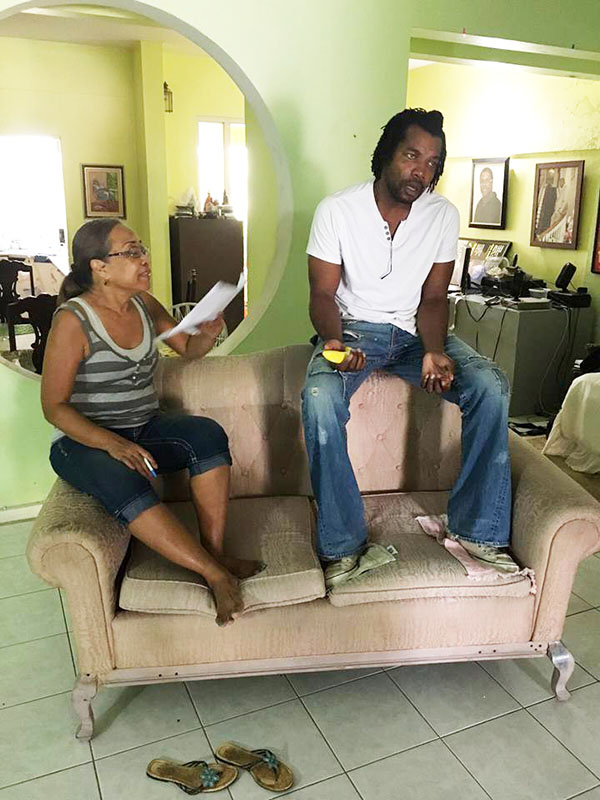 The second of a five-production collaboration between Samuels and Dawkins, “Guilt Trip” examines the life of a woman who, out of fear and expedience, did something many years ago, which continuously haunts her and negatively impacts the lives of all those associated with her.

Matters have gotten so bad and truths kept hidden for so long, that they seem unable to be resolved without more pain and anguish to all concerned.

“This play will give you a refreshing insight into the rich Jamaican culture, and also looks at some of the misconceptions we have in our methods of dealing with mental illness,” says Samuels.

“It is full of laughter and uses both drama and comedy to touch you, stimulate you and fully entertain you.”

Dawkins’ new production opened in Jamaica last December 27, and, despite coming up against several competing plays, had a successful run.

During the first week of the play’s opening, Dawkins, in a media interview, said, right from the beginning, he wanted Samuels for the lead role, but wasn’t sure he’d get the venerable actor, who he added, is easy to work with.

“When I was going through the script for Divorce Papers with my director last year, I said I would really want Oliver for the lead role, but thought there was no way I could get him away from his own production company. Little did I know he was in the middle of folding his own company to concentrate more on his acting. So both things coincided,” revealed Dawkins.

“We met, he liked the script and set the parameters. It has been a successful collaboration so far. I am amazed how easy it is to work with Oliver and the good-natured way he takes criticism. I have also been able to convince him to take on more age-appropriate material, which showcases a more multi-dimensional approach that has been embraced by his audience locally,” added Dawkins.

In a Gleaner review of the comedic drama, in January this year, Rev. Devon Dick said that the pro-chancellor of the University of Technology, Vivian Crawford, suggested he go see “Guilt Trip” — and he did.

“Dawkins tackles the perennial issue of guilt and how that plays out in real life,” wrote Rev. Dick in the review of the play. “He shows how the life and personality of Irene Jackson (Ruth Ho-Sing) were influenced primarily by guilt. Jackson, a bright school teacher, learnt the lesson of the harsh realities of life and how not to deal with guilt.”

Rev. Dick opined, “The play extols the virtue of reggae icon, Bob Marley, before Newsweek, the United States publication, had an edition devoted to him. Marley was not perceived through the eyes of his shortcomings, but through his contribution to liberation struggles. The play also took us to school about folk religion, including Revivalism and Pocomania.” 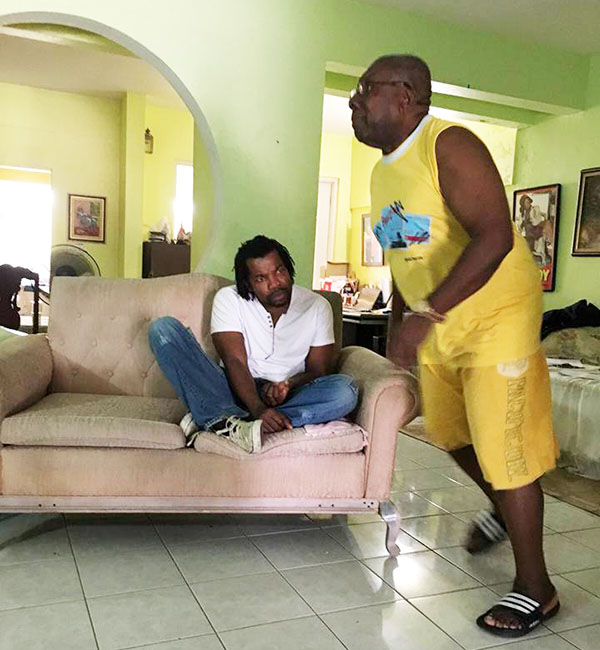 Of Samuels’ performance, the reverend offered veiled praise: “The star of the show, Steadman (played by Oliver Samuels), deals with what could be called reverse guilt. He deals with Jackson’s guilt in an unusual way, and obviously, he has some issues.”

And of the play’s producer’s approach, Rev. Dick said, “Dawkins goes against the societal stereotype and has Steadman, the man who plays the role of father figure, strong on family values.

“This play deals with real issues that are plaguing the society and tackles a complicated family problem, head on, with compassion, mirth, and seriousness. It offers suggestions but is not a ‘and they lived happily ever after’ play. It is a useful guide to adults, parents, and children on how to handle guilt. Crawford was correct. It is a must-see play.”

The Toronto staging of “Guilt Trip” is, once again, being produced by Ebony Nile Ventures and  will run from Friday May 6 through Sunday May 8.