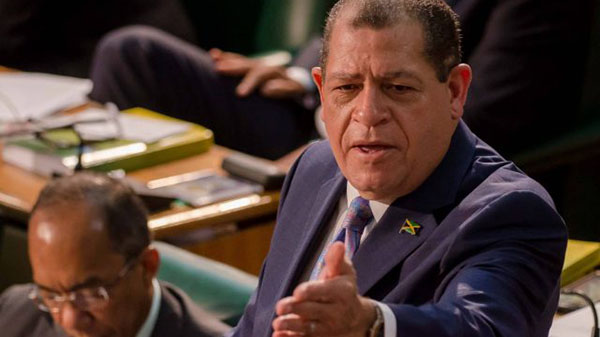 Minister of Finance and the Public Service, Audley Shaw, emphasises a point, during the opening the 2016/17 Budget Debate in the House on May 12. Seated at his left is Minister without Portfolio in the Ministry of Economic Growth and Job Creation, Dr. Horace Chang. Photo credit: Donald Delahaye/JIS.

KINGSTON, Jamaica May 13 (JIS) — The Jamaica government will increase the income tax threshold for all Pay As You Earn (PAYE) workers from $592,800 to $1.5 million, to be implemented in two phases.

The second phase of the increase will result in a personal income tax threshold of $1.5 million, effective April 1, 2017.

In his presentation, themed “Partnership For Economic Growth”, Minister of Finance and the Public Service, Audley Shaw, made the announcement, as he opened the 2016/17 Budget Debate in the House of Representatives on May 12.

The Minister also announced that the income tax rate of 25 per cent will be increased to 30 per cent for persons earning $6 million and more.