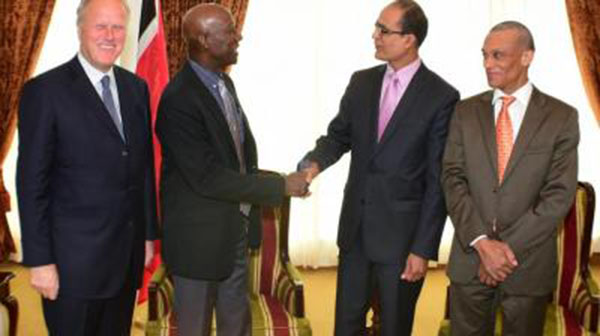 LONDON, England May 13, (CMC) – Trinidad and Tobago has told an international anti-corruption summit, here, that it is committed to the fight against the scourge of corruption and would participate in legitimate global initiatives that are focused on leading to the prosecution of those who engage in corrupt acts.

Prime Minister Dr. Keith Rowley, who is leading a delegation to the summit, organised by Britain, said that Port of Spain will work towards the establishing of a registry of company-beneficial ownership information.

“Trinidad and Tobago commits to ensuring that law enforcement agencies have full and effective access to beneficial ownership information for companies and other legal entities registered within its jurisdiction,” he said, adding that the oil-rich twin island republic is also open to “implementing bilateral arrangements that will ensure law enforcement in Trinidad and Tobago have full and effective access to the beneficial ownership information of companies incorporated in other countries who are willing to share such information with us.

Rowley also said that his administration, which came to power in September last year, is now in the process of passing in parliament amendments to the Public Procurement legislation.

“We are committed to debarring corrupt contractors from participating in our public procurement tenders,” he said, adding “we have laid in our parliament a Whistle Blower Bill that is currently before a Joint Select Committee of the parliament.

“We are about to commence the consultation process aimed at the reform of Campaign Finance legislation; and we are working on the improvement of our Civil Asset Forfeiture legislation.”

Prime Minister Rowley said that Port of Spain is also considering specific legislation to deal with bribery, bid rigging and other corrupt acts in the procurement and award of public contracts, as well as unexplained wealth.

“Trinidad and Tobago is committed to the prosecution of those who have participated in corrupt acts, particularly acts that offend, and were directed at, the public purse.

“Trinidad and Tobago is willing to cooperate with partner countries to simplify the sharing of information between respective public-private partnerships and to create an environment that ensures the most effective response to international money laundering.”

Rowley said that his country will work with international networks of professionals in public and private sector to encourage long-term institutional partnership that promotes integrity and welcomes the proposal of an International Anti-Corruption Law Enforcement Coordination Centre.

Cameron told the summit that the British Crown dependencies needed to move to a “gold standard” of publishing in full lists of beneficial ownership of companies.

But BVI Premier Orlando Smith, who was not invited to the meeting, told the Telegraph newspaper that “we believe that achieving this goal requires further details and discussions about how it would apply in practice and be effectively implemented consistently and globally, together with time to assess its impact on the BVI economy in the short and longer term”.

He said there were concerns that “the moment we begin housing vast amounts of highly sensitive, private business information and then providing access to that information to a wide array of actors, the risk of a breach goes up immeasurably”.