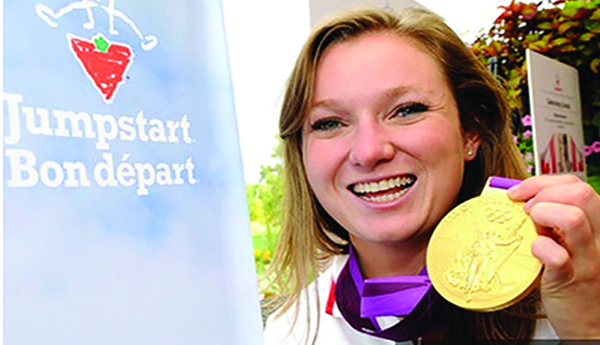 When the Canadian flag is raised at the Olympic Games, the power of sport resonates across the country. The athletes tell us that a gold medal represents so much more than an athlete’s talent. It symbolizes years of hard work, dedication, and sacrifice. Olympic champions do not land on the top of the podium by accident.

One gold medal can create a ripple effect across Canada, uniting the nation and inspiring our children, so that the next generation of great athletes is born. This is what happened in 2012 when Rosie MacLennan won gold in trampoline at the London Olympic Games.

Rosie’s work ethic, perseverance, and positive attitude make her an ideal role model for kids and that led to becoming a popular ambassador for the Jumpstart Charities initiated by Canadian Tire. “Jumpstart is important,” she says, “because every kid should have the opportunity to play, not just for the chance to win an Olympic gold medal, but because of the valuable life lessons you can learn through sport.”

You Might Also Like:  Dear Mr. Prime Minister, When Can African Canadians Expect To Receive An Apology For Slavery?

Rosie finds success off the trampoline as well, currently completing her Master’s degree while simultaneously training to defend her Olympic title. Her achievements reinforce the fact that sports equip kids for life by leading to success in the classroom.

“At seven years old, I had the opportunity to join the sport that has shaped who I am today,” she continues. “Trampoline helped me build confidence, find my voice, and develop the strength to face any challenge.”

This summer, watch for Rosie and all of Team Canada at the Rio Olympic Games. “After the Olympic flame is extinguished,” she says, “Jumpstart will be there to ensure that finances do not preclude kids from turning inspiration into action.”

Did you know that June is Canadian Tire Jumpstart Month and you can support the initiative at your local store by donating to give others the gift of play? One hundred per cent of customer donations stay in the local community to support the next generation of hometown heroes. If you know a kid who wants to play but is unable to because of costs, call 1-844-YES-PLAY or visit jumpstart.canadiantire.ca. 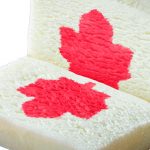 Host The Most Canadian Canada Day Barbecue Ever, Eh 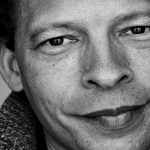 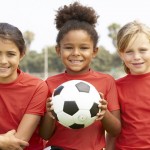