New in Pride
Home / International News / Imminent Boost For Agri-diversification: 10,000 Acres To Be Put Under Cultivation 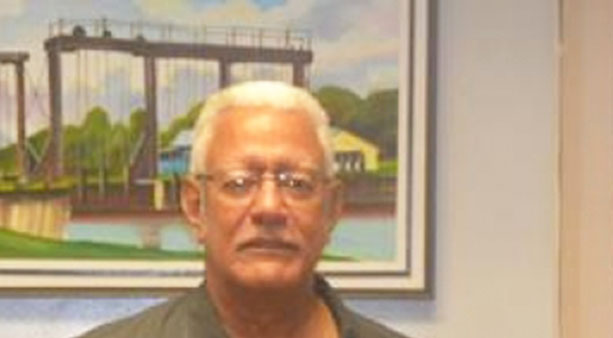 Imminent Boost For Agri-diversification: 10,000 Acres To Be Put Under Cultivation

The company is prepared to cultivate its first crops of soya and corn on a model farm in the country’s intermediate savannahs in a matter of days.

New Frontier Agriculture Guyana Inc. has successfully conducted a trial of the commodities on 25 acres of land owned by the National Agricultural Research and Extension Institute (NAREI).

The company is currently working to develop the approximately 10,000 acres of land in the intermediate savannahs in Ebini in the Berbice River. This farm will be used as a model demonstration station for development of the entire savannahs. Improved pastures for cattle, sheep, goats and horses are also planned.

The government is currently pursuing development of the intermediate savannahs for the introduction of new crops and livestock. The country’s coastland lies approximately six feet below sea level, and with the prevailing change in climate, the country needs to move its agriculture base inward, to minimise crop loss, according to Minister of Agriculture, Noel Holder.

The government’s thrust for development in the agricultural sector for the next five years is hinged on the drive to diversify and expand production in non-traditional areas.

Minister Holder told GINA that, “Government’s policy is centered not only on improving the drainage system and rationalising production on the coast, but also in developing these new areas of activity”.

The drive to expand and diversify the country’s agriculture is a policy direction that has gained the attention and support of Minister of Finance, Winston Jordan.

“We are not going to grow seven percent if we continue to do the same things we were doing 50 years ago… It is unbelievable that 50 years ago we talked about the economy sitting on a tripod, sugar, rice and bauxite, which contributed the bulk of the productive activity of the country’s foreign exchange earnings and employment,” said Jordan.

Minister Jordan stated that, “ with proper maintenance, modernisation and proper use of technology and so on…these industries can still be good for a number of years in the future. Importantly two of them are agriculture- based and agriculture can absorb labour faster than any other industry.”

Rice and sugar are Guyana’s main agricultural exports and with the decline in prices for these commodities on the world market, it is important that new foreign exchange earners be identified.