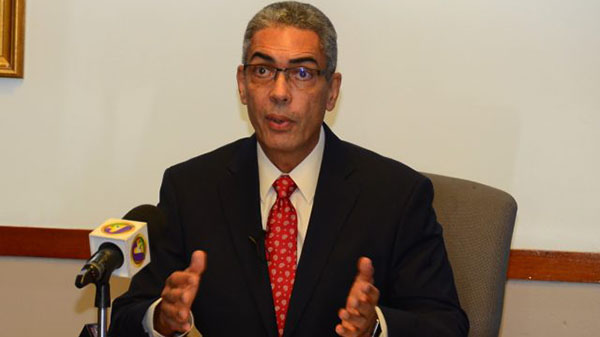 The Primary Surplus was $120.8 billion, $1 million over the $120.7 billion target for the period, while the NIR amounted to US$2.4 billion, surpassing the target of US$1.5 billion.

This was noted by the Economic Program Oversight Committee (EPOC) Co-Chairman, Richard Byles, at the monthly media briefing at Sagicor Life Jamaica Limited’s head office in New Kingston, on May 17.

Byles said based on these achievements, combined with the structural adjustments that were executed, the country is “likely to get the nod from the IMF staff review, which is currently being undertaken by the team that is (in Jamaica).”

“Three years (into) the IMF program, we would have passed every quarterly review of this program. That is quite remarkable,” he added.

The EPOC Co-Chairman said accomplishing this feat speaks to the dedication and the sacrifice that the Jamaican authorities and people have made in this program.

On Jamaica’s overall performance for the 2015/16 fiscal year, Byles noted that tax inflows “were really good,” hitting the target of $412 billion “almost dead on.”

“The tax authorities seem to be getting quite accurate in their forecasting and delivery of the (targets),” he said.

On overall expenditure, Byles said the government kept spending at $2.3 billion below budget.