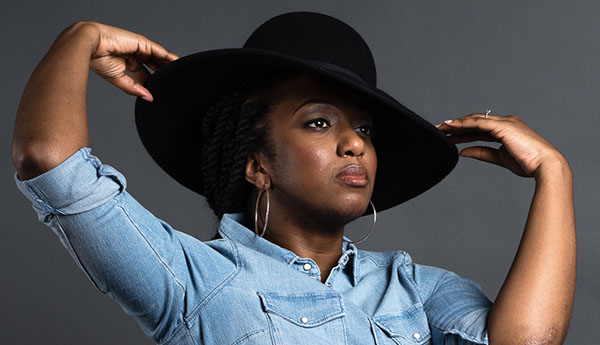 Grenadian-Jamaican-Canadian Natasha Powell has long been involved in dance and the arts. And, she will be for many more years, having now embarked on a new phase by starting her own dance company.

Some Canadians may have seen her on stage and in film, without knowing her name. “I have danced in a number of appearances in film, television and stage with performances in HBO Series The L Word, Nickelodeon movie Spectacular!, the dance movie Center Stage 2, and graced numerous stages across North America,” said Powell, who seemingly inherited her dancing talent from her mother Claudette who was a modern dancer in Grenada.

As a child, Powell’s mother registered her for extra-curricular activities such as soccer and piano training. But none worked out until age nine, when Powell was enrolled in a dance class.

“Dance was the one thing that I stuck with,” she told Pride News Magazine. “I started out in ballet, tap, and modern jazz, from my younger years through to my teens, achieving my Associate certification to teach under the British Association of Teachers of Dance.”

Powell said while attending high school she also “connected with hip hop and danced in a group with my friends and found that I really gravitated to a lot of the street dance forms.”

She has received dance training at various studios in Toronto, Vancouver, New York and Los Angeles. “Training is an ongoing thing for me. I always consider myself a student willing to learn as much as I can to develop my craft,” Powell revealed.

She has combined her training, as well as her film and stage appearances, with professional work as an artistic director, a co-creator and co-producer, and a choreographer.

Her background has provided her with a solid background to launch her own Toronto dance company, Holla Jazz. But the move to Holla Jazz came after an injury.

“In 2013, an injury forced me to take a slight pause, but also introduced me into the new territory of my creative career – jazz dance,” Powell explained.

“Grant awards from the Canada Council and Ontario Arts Council supported a New York residency research period, guided by Professor Moncell “iLLKozby” Durden, and support from Margaret Batiuchok, Nathan Bugh to study the roots of jazz dance, lindy hop, and their connection to the popular street dances as we know them today. This residency was the birth of a new creative chapter for me, leading to the creation of Holla Jazz – an arena where all jazz dances, hip hop, and house intersect to reinvigorate the idea of freedom and unity of the dance styles that bring meaning and hope to our communities.”

For the moment, however, Holla Jazz is a part-time vocation for Powell, whose main sources of income is derived from her work as a freelance producer and the Interim Grant Officer for Dance & Literary Programs at the Toronto Arts Council.

“The hope is that Holla Jazz will grow and we’ll be able to create more opportunities for performance, teaching, and sharing what we do with others,” Powell said.

For more information on Powell’s newly launched company, you can visit hollajazz.com