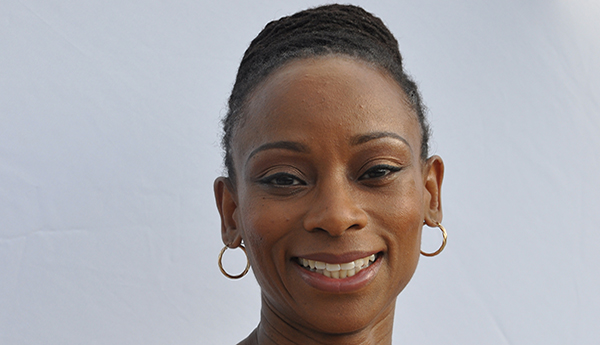 Adaoma Patterson, the new president of the Jamaican Canadian Association (JCA), is committed to leadership, advocacy, engaging members and the community, and has plans for a legacy project, among other things.

She has given herself and the new board of directors 100 days to implement some of the smaller operational things that can be done now.

She was previously the executive secretary on the board of directors of the almost 54-year-old JCA, led the recent transformation of the organization, and has been a member for more than 15 years.

The new team was elected at the annual general meeting on May 29 where there was an unprecedented turnout – over 200 people — after a thorough search and vetting process by the nomination committee, involving applications, interviews and reference checks. 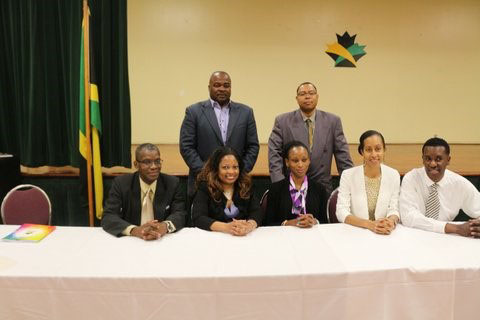 “One of the things it came down to was the president’s position and the fact that we had some new folks who were new to the organization who were recruited, who responded to our call to apply so it’s a younger board. It’s a board that is pretty diverse, in terms of skills, and I’m actually personally excited to work with them. I think it’s a great complement,” says Patterson about the overwhelming interest in the AGM.

The search process lasted about eight weeks and it was advertised more broadly on electronic networks and through Charity Village.

Patterson said the things that she committed to in her campaign aligned with those she had been hearing and the membership was concerned that the JCA had lost some of its momentum through some rapid change and then turnover on the board.

She intends to hit the ground running with fundraising because there is still money owed on the building and there are concerns, particularly in the last two years, about revenue generation.

To get the membership excited and engaged in that, the new team will be looking to have fundraising raffles, which are traditionally liked by members and will be led by them.

Patterson intends to look at the revenue that the JCA is currently getting and to determine how much is needed to sustain the operation and to do some new things like more programming for young people.

There are also plans for the JCA Legacy Project, the catalyst of which came from her hearing journalist, Royson James, keynote speaker at the organization’s 2015 independence gala. He challenged the JCA about “telling our stories from our voice – the Jamaican stories and the story of JCA because really the story of the history of JCA is partly the history of the community.”

“I got inspired by that, talked with some folks and they said yeah, we’re not getting enough, our kids aren’t hearing enough about the cultural side of Jamaica – both what culture means here in Canada, Jamaican culture, Caribbean culture and then what does that mean in Jamaica.”

The legacy project is two parts: working with some of the creative people in the community “to develop, celebrate and tell our story and then the other part is really about documenting the stories of some of our foundation members,” like Amy Nelson, Roy Williams, capturing their stories on video “because we don’t have their voice on record.”

Patterson thinks it is important to share these in a medium that younger people use and so will be very intentional about having folks share their journey of being in the Greater Toronto Area (GTA) for the last couple of decades – “what are the things that they have seen, how has the community changed, hearing from their perspective and hearing their stories.”

Born and raised in Winnipeg, Manitoba, Patterson spent several years in Jamaica attending Vaz Prep School and is currently advisor to the Peel Poverty Reduction Strategy in the human services department, responsible for leading the implementation of a three-year community strategy.

In deciding to run, she thought a lot about what the transition team had heard over the years from members and the community.

Over the past couple years, the JCA transitioned from one to three entities: JCA, Caribbean African Canadian Social Services (CAFCAN) and JCA Charitable Foundation.

“A big reason for the change in the separation was to be able to allow JCA to refocus its energy on the cultural aspect, which is really part of our legacy historically, and then the advocacy — identifying what issues are of concern to the membership and the community. And then to take a more active role in helping to address those, either through meetings with politicians or just speaking out when we hear that there are things going on, for example, some of the recent articles we saw around the Jamaican farmworker who passed away and the family expressing some concerns about how it was dealt with. JCA membership has traditionally played a role in those kinds of things,” she said, noting that it was hard to navigate that line with social services which takes a lot of energy and has a very specific focus.

As Canada gets ready to mark the 150th anniversary of Confederation, the JCA will be preparing for it by looking at what the anniversary means to the Jamaican community.

Patterson made the decision at the beginning of the year that she would run for the presidency to be “the steady, measured hand that could help to stabilize members that felt like the ship was moving and still engage people outside of the organization who’ve been wanting to get involved but just don’t know how, and to balance that.”

She told people at the meet-and-greet on May 25 that her role is to mentor the next president and she is there to help the new board members adjust, understand their roles and understand the needs of the membership.

“I’m kind of this go-between and help the organization to continue transitioning and then make sure that I prepare someone else to step in after me. It is totally not about me being there forever,” she said, noting that former president, Barry Coke’s term would have ended in May. Coke resigned for health reasons last year.

Patterson said they have been talking about meeting the expectations of different generations at the JCA, the longtime older members versus the millennial ones, and a changed process.

As an example, she would ask who knows what are millennials (Generation Y) and then explain that millennials will not sit in a meeting for two hours, come out on a Thursday night, and talk about one agenda item for an hour.

Patterson said they started to explore things like videoconferencing people or give people the option of recording the quarterly meetings live and to put them online.

“We’ve started to plant the seeds. The board is younger and I feel like I’m the link between the two generations.”

When Patterson served as the youth representative on the National Council of Jamaicans and Supportive Organizations in Canada this was where she met stalwarts like Bromley Armstrong, Miah Bailey, Herman Stewart and Roy Williams.

One of the commitments that she has made is to create a youth shadow board, which will give high school students an opportunity to organize the way they want to through Skype or some kind of online avenue, to allow them some leadership online opportunities.

“They will set their own mandate and then we will connect them to some of the elders and other mentors in the community,” said Patterson who is hoping to launch this in the fall.

There are young people already attending the Saturday morning program at the JCA and there are youth volunteers who help them with math, robotics, toastmasters and other things.

Patterson was a 2010 DiverseCity Fellow, one of 25 emerging leaders in the GTA and member of the Greater Toronto CivicAction Alliance’s Steering Committee and a former federal NDP candidate. She is the proud mother of a 14 year-old son.

Patterson is the fifth female president of the organization, following in the footsteps of Kamala-Jean Gopie, Valarie Steele, Sandra Carnegie-Douglas and Audrey Campbell. 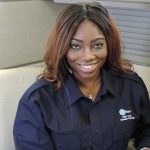