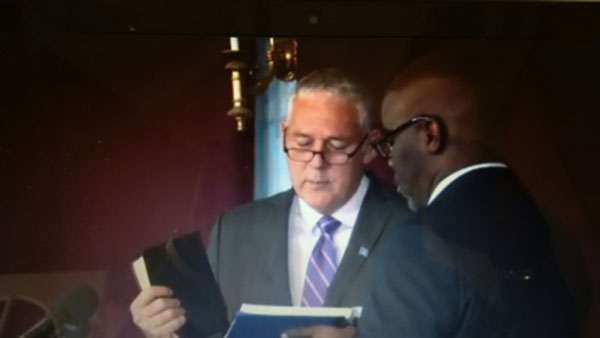 CASTRIES, St. Lucia, (CMC) – An emotional Allen Michael Chastanet was sworn in, today, as the sixth Prime Minister of St. Lucia since the island attained political independence from Britain in 1979, vowing to unite the country, following yesterday’s general election.

Chastanet, an economist and hotelier, took the oath of office before Dame Pearlette Louisy at Government House on the outskirts of the capital. The brief ceremony was witnessed by family members, including his 82-year-old father, Michael, as well as his wife and two children.

Several of the victorious members of the United Workers Party (UWP) were also present as Chastanet, choked up with emotion, thanked the population for giving him an opportunity to lead the island over the next five years.

“Thank you St. Lucians, of all categories, for listening and going out in large numbers yesterday and exercising your constitutional rights,” he said, adding “yesterday you voted for change and the United Workers Party is ready to bring about the change you want”.

Chastanet said, “As a nation we have proven, once again, that St. Lucia is a mature democracy in which the will of the people lives……we humbly accept the overwhelming mandate you have given to us.”

The UWP won 11 of the 17 seats at stake in Monday’s general election, ousting the incumbent St. Lucia Labour Party (SLP) that was seeking a second consecutive term under the leadership of Dr. Kenny Anthony. 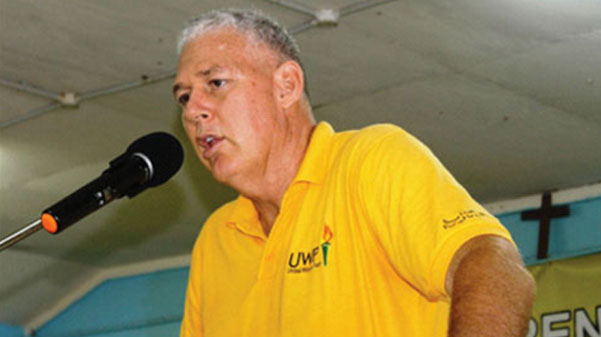 Chastanet congratulated all 17 successful candidates, as well as those who participated in the general election, noting that “the will of the people was to give the United Workers Party an opportunity to pursue policies and programs, aimed at improving the standard of living and the quality of life for all St. Lucians.

However, he warned that in order for the “ambitious goal to succeed, I will require the cooperation and full support of all St. Lucians.

“It is for this reason I wish to signal, from the onset, my desire to foster a far more cooperative and collaborative relationship with all interests in society, including the official opposition,” he said, reminding his audience that the 2016 general elections “are all now but over and it is to the future we must look and work with a sense of national pride and duty”.

Chastanet, who is expected to name his Cabinet soon, said that “It has never been, and will not be, on this occasion, the practice of the United Workers Party to gloat.

“We are immensely grateful for the confidence the electorate has reposed in us, but we are also mindful of the enormous job that lies ahead and high level of expectation that exists among the population.”

He spoke of the problems and challenges highlighted during the campaign, including unemployment among young people, saying these issues were of “utmost importance to us, so too are the unsatisfactory standards in health care, inaccessible tertiary education for those who wish to go beyond secondary school”.

The new prime minister said his immediate task now was to help the country “arrest the current state of disillusionment and hopelessness” and promised to implement policies that, in the end, all of St Lucia will be able to enjoy in the future.

“We know our economy thrives when money circulates through the local economy, we shall put money in people’s pockets. This commitment is not just for those who voted for the United Workers Party, it is to all St. Lucians,” he added.