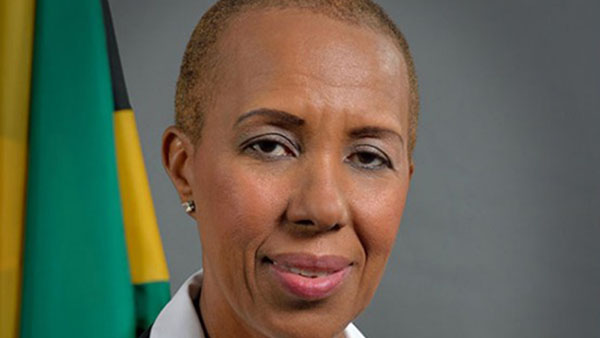 Jamaica Minister of State in the Ministry of Finance and the Public Service, Fayval Williams, says the twin threats of money laundering and terrorism financing are clear dangers to regional prosperity. Photo credit: JIS.

ST. JAMES, Jamaica, June 9 (JIS) — Minister of State in the Ministry of Finance and the Public Service, Fayval Williams, says the twin threats of money laundering and terrorism financing are clear dangers to regional prosperity.

Addressing the Caribbean Financial Action Task Force (CFATF) Plenary and Working Groups Meeting at the Hilton Rose Hall Resort and Spa, in St. James on June 8, Williams said it is critical that the 27 countries in the CFATF collaborate with each other, offering their services to strengthen the regional framework as a whole.

The CFATF is an organisation of states and territories of the Caribbean Basin which have agreed to implement common countermeasures against money laundering, terrorism financing and the proliferation of weapons of mass destruction.

The State Minister emphasised that the CFATF has to act as a clearing house for the skills and talents of the respective jurisdictions “to leverage the expertise we have achieved through the hard work of our officers and the investment made in training by our respective governments.”

Williams explained that the main objective of CFATF is to achieve effective implementation and compliance among members with the international standards issued in this area by the Financial Action Task Force (FATF). The CFATF, the Minister pointed out, is an associate member of the FATF.

She said that interconnected and regularly updated laws, as well as rules that are responsive to fast-moving international developments, are also critical elements the CFATF will have to embrace.

“We also need to have proactive and committed governmental agencies,” she continued, adding that private-sector players will have to do their part.

The State Minister said the region must lobby harder at the FATF and in other global fora to bring across “our concerns forcefully.”

“De-risking can result in the shifting of risks to parties that are less able to manage them. If larger international linked banks refuse to provide the services, then the vacuum will be filled by smaller domestic institutions, which may have less-developed risk-management systems.

This would actually lead to weaker financial systems overall,” she noted.

Williams emphasised that bodies like the CFATF have to make their collective voices heard.

“The region has to work harder to educate overseas bankers and regulators of the strengths of our domestic regimes,” the Minister said.

The FATF is an intergovernmental body established in 1989 by the Ministers of its member jurisdictions. The objectives of the FATF are to set standards and promote effective implementation of legal, regulatory and operational measures for combating money laundering, terrorism financing and other related threats to the integrity of the international banking system.