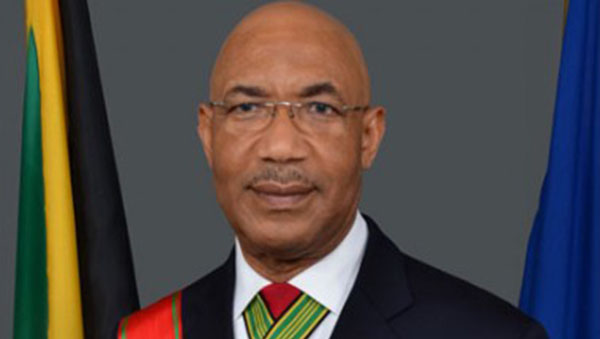 NEO-Jamaica was launched earlier this month by Governor-General, Sir Patrick Allen, who is the program’s patron.

KINGSTON, Jamaica, Jun 9, (CMC) – Jamaica has announced plans to spend J$1.6 billion (One Jamaica dollar =US$0.008 cents) on a New Employment Opportunities for Youth in Jamaica (NEO-Jamaica) Project that will benefit approximately 10,000 unattached young people between the ages of 17 to 29.

A government statement noted that the project aims to broaden training and employment opportunities for marginalised and vulnerable youth and is being spearheaded under the Youth Upliftment Through Employment (YUTE) initiative of the Private Sector Organisation of Jamaica (PSOJ), with inputs from several other partners.

The project is slated to run from 2016 to 2018, during which the participants will receive vocational training, and job placement opportunities expected to be provided by approximately 100 partner companies that will also offer internships.

NEO-Jamaica was launched earlier this month by Governor-General, Sir Patrick Allen, who is the program’s patron, and who lauded the public-private sector collaboration facilitating it.

“This (is a) pioneering effort in which businesses, government and civil society join forces to provide resources, knowledge, and capacities in order to implement efficient and sustainable youth employment solutions,” he said.

He has given an undertaking to “work with the private sector to refashion the Jamaican education system, because we have to recalibrate it to deal with the realities of the 21st century.”

Figures released by the Statistical Institute of Jamaica’s (STATIN) showed that youth unemployment stood at 30.3 per cent in October 2015.

NEO-Jamaica is part of a regional youth empowerment initiative incorporating countries in Latin America and the Caribbean.

The NEO initiative, which was launched at the Sixth Summit of the Americas in Colombia 2012, aims to assist one million vulnerable youths across these regions by 2022.

Jamaica is the first English-speaking country and the 11th nation to join the program.