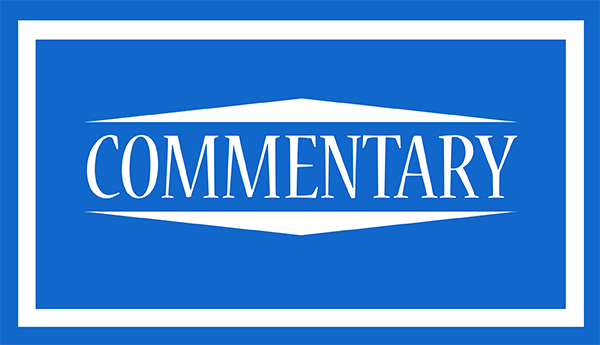 As George B. Singh, better known as “Knia,” waited for the ballots to be counted, he was also counting down the hours until the bar exam for the Law Society of Upper Canada. The recent Osgoode Hall graduate, against all sense and sensibility for someone in the final stretch of his academic endeavours, had thrown his hat in the ring for the upcoming Scarborough-Rouge River by-election. When Liberal MPP Bas Balkissoon resigned and left the seat vacant, many in the community, including myself, called Knia and urged him to register as a nominee candidate for the Ontario Liberals in the riding. Between his studies and his advocacy for Black communities in Toronto, Knia was already stretched thin. And yet, he worked tirelessly to pull together enough support to be competitive in the nomination contest.

All of that effort was far from enough for one elder in the community who arrived at the Scarborough Convention Centre for the vote. The man approached Knia and asked who he was, why he hadn’t seen Knia in the neighbourhood, and why Knia hadn’t come knocking on his door. Graciously, Knia answered that he tried his best to meet every Liberal member in the riding face-to-face, but his studies for the bar exam had unfortunately limited his canvassing time.

“That’s no excuse,” sniffed the man. “If you want my vote, you should be knocking on my door.”

If you ask Knia about this exchange, he would be far too gracious. He’d probably tell you he wishes he made the time to meet the man at the doorstep and win his support. This is why Knia will make a great lawyer, and someday, a great politician. I, on the other hand, was born with too much of my grandmother’s fire, and I prefer speaking frankly. If you ask me, the appalling scorn of that old Black man towards a young, passionate, and dedicated Black leader is exactly why our community stays losing.

I’ve been in Knia’s position, and running a campaign is damned difficult. It is emotionally draining. I can’t even imagine trying to run a campaign and then writing the bar exam the day after the nomination. But rather than offer a vote, or even a few encouraging words, that old man chose instead to kick Knia when he was down. I find that attitude disgusting.

Knia Singh was not the one lacking an excuse. Knia Singh never had a chance. His failure to capture the Liberal nomination was only the symptom of a problem that’s been hampering our communities for decades. That old man’s shameful attitude, on the other hand, is the cause. It’s up to the rest of us to decide whether or not we’ll be the cure, or if we let the disease continue to fester.

A few weeks ago, many were rankled by PRIDE’s interview with Whitby MP Celina Caesar-Chavannes. In the interview, Caesar-Chavannes pressed the need for Black communities in Canada to organize, demand more accountability and advocacy from our community agencies, and present solutions to the government. Many took her comments as blaming Black communities for our own problems, and I can see how they might be taken that way. Another way to read them is that Caesar-Chavannes, in her role as Parliamentary secretary to the Prime Minister, told us exactly what would be needed to secure funding for the very community programs, cultural centers, and small business support we’ve been clamoring for for decades. She gave us the blueprint that other communities continue to use to their advantage.

Of course, coming together as a community is difficult. Old grudges and hostilities – completely irrelevant to our pressing issues today – infect our community organizations and spread like a cultural cholera. For example, the Festival Management Committee, which runs the Toronto Caribbean Carnival, has been engaged for almost a decade in petty contretemps with the Caribana Cultural committee. In the meantime, the Carnival (referred to as “Caribana” by anyone who doesn’t need a passport to attend) slouches listlessly from year to year. In the absence of strong advocacy in the Caribbean community, Toronto’s hospitality industry gorges itself on the lifeblood of the parade’s canboulay spirit, grows fat with profit, and offers nothing back to the community that nourishes it.

There are countless other examples. Name any awards or scholarship event at the family dinner table, and your food will assume room temperature while everyone argues about cronyism and corruption. Name a well-known community organization in front of an elder, you’d better be sure to clear your afternoon schedule. Name a well-known politician, advocate, or business leader from the community when they’re not around, and wherever they are on God’s earth, their necks will run hot with slander.

Everyone seems to have an answer for what we have to do as a people to secure our cultural & financial footing. Everyone has a solution for having our rights and human agency respected. I’ve heard every never-happen-in-your-lifetime idea from banning hip-hop and dancehall music in the household, through pitching in susu money to start our own banks, to tearing down the capitalism altogether and exiling our community’s merchant class. I’ve even heard, on the very same radio station where people call in to complain about police brutality, that we should be calling the police on our sons when they start falling in with the wrong crowd.

As we wring our hands about lack of community representation in politics, the courts, and the executive suite, Knia Singh quietly signed up as many new Ontario Liberal members as he could manage on his study breaks. While we fume about the lack of Black people in Prime Minister Trudeau’s cabinet, Celina Caesar-Chavannes has been vocal and assertive in demanding the Liberal government pay attention to the needs of the Black community. While we rage at the failure of our community organizations to move to the front lines of activism, Adaoma Patterson, the new president of the Jamaican Canadian Association pledged to do exactly that.

There are others. There are the community organizers who pay money out of their own pockets to get our youth off the street and into athletic, academic, and arts programs run on a shoestring budget. There are the mothers who light up City Councillors’ phones about gun violence threatening to tear apart our neighbourhoods. All of us seem to be working in isolation. All of us feel like we’re doing the work on our own. All of us feel that hopelessness of wandering the desert.

None of us, individually, have the answer. All of us cannot move forward as long as we’re letting bitterness and personal slights get in the way of getting what we want. There are people (like Desmond Cole), and organizations (like Black Lives Matter Toronto), showing exactly what can happen if we put time, money, and our bodies behind our causes. Yes, we’re all tired. No, it is not fair that we need to work twice as hard for half as much. But this is where we are. It’s time to put aside petty feelings, hostilities, and ideological zealotry. It’s time to put in the work. 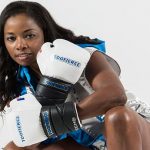