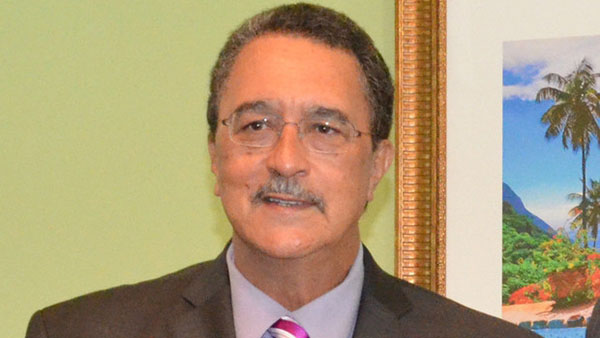 CASTRIES, St. Lucia, June 14, CMC – Former prime minister, Dr. Kenny Anthony, has formally resigned as leader of the St. Lucia Labour Party (SLP) less than a week after he led the party into defeat in the June 6 general election.

The election to choose his successor will most likely be held in October and, in the meantime, former deputy prime minister, Phillip J. Pierre, will lead the party.

Anthony, who submitted his resignation letter last Thursday, June 9, had signalled his intention to step down as SLP, as well as Opposition Leader, after the party failed to win a second consecutive term in office in last Monday’s general election.

But he promised to support his colleagues and remain as the parliamentary representative for Vieux Fout South in Parliament.

SLP General Secretary, Leo Clarke, said that after 7 days of receiving Anthony’s resignation, a national council meeting will be held to endorse Pierre as the acting leader, until the party’s next convention in October when a new leader will be chosen.

SLP parliamentarians are due to meet on Friday to elect a leader in the Parliament.

Anthony had served as prime minister on three occasions and the candidates to replace him are likely to include Pierre, the second deputy leader, Alva Baptiste, and newcomer Dr. Ernest Hilaire, the former chief executive officer of the West Indies Cricket Board.