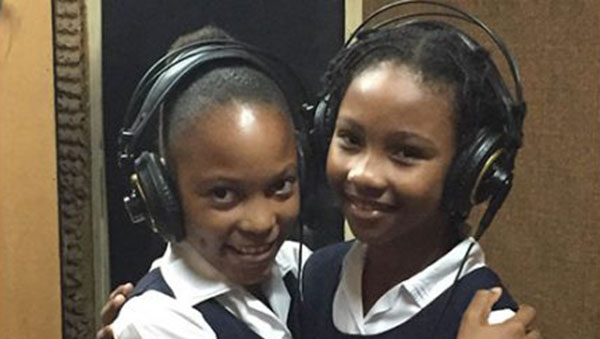 PORT MORANT, Jamaica, June 22 (JIS) — Students of Port Morant Primary and Junior High School, winners of the Health Ministry’s Jingle Competition, are happy to make their contribution to the fight against the Zika Virus.

The jingle, which can be heard on local radio stations, was entered as part of the Ministry’s creative campaign, to engage students and the school community to build awareness in the area of vector prevention and control, with a special focus on the Zika Virus.

“To prepare for the competition the students decided that they would look at all the things mentioned in the Ministry’s Zika brochure, and focus on all the areas emphasised, and then we just sorted out the lyrics,” Music Teacher at the school in St. Thomas, Colin Mullings, told JIS News.

The teacher says he is proud of the students. “As a teacher your main aim should be to push the children forward… it is about the youth and the future,” he added.

Mullings explained that when he realised they had won, he was happy, as this was an opportunity to let the children know that they have the ability, and that they could be a part of a bigger thrust.

Student, Shaneika Bleeching, told JIS News that she feels great, and is happy to have made her parents proud.

Being winners of the jingle competition, Shaneika says they are more knowledgeable about how to prevent the spread of the virus, as their jingle speaks to tips to prevent mosquito breeding.

Some of the tips they want to share that are a part of their jingle are covering containers with water; cleaning drains; and changing water in vases regularly.

Another student, Amoya Wong, said that she feels great, adding that she constantly reminds her mother to make holes in containers before throwing them away to prevent water from settling in them.

Meanwhile, Mullings lauded the Ministry for the competition, saying that he has observed that young people learn more with jingles.

“Every time I pass a child, the stuff on the radio station, they are into it, so the fact that the message could be transmitted through this channel is really good,” he toldJIS News.

For her part, Manager of Public Relations and Communication at the Ministry, Fiona Fennell, said the competition was used to “capture the students’ interest, tap into their creative potential, build awareness and provide an avenue for the appropriate behaviour to be practised.”

The three-month competition, which targeted students in all high and primary schools across the island, ended in March 2016.

A total of 28 primary, preparatory and high schools from 10 parishes participated. The schools that came second and third were Immaculate Preparatory and Ferncourt High, respectively.

St. Alban’s Primary in St. Elizabeth emerged the victor in the selfie component of the competition, which was determined by the number of likes on the pictures posted on the Ministry’s Facebook page.

Rousseau Primary also received a tablet for being the first school to send in its entry.