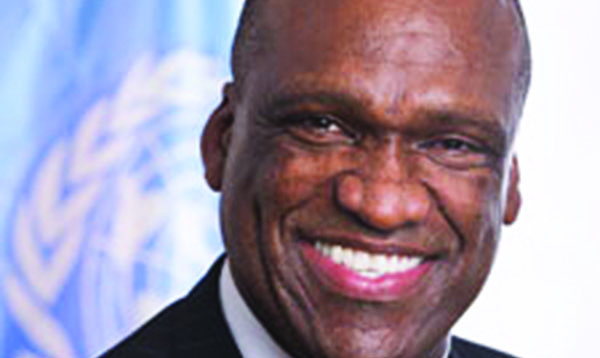 In a report Thursday afternoon, Dr. Kunjlata Ashar said the 61-year-old Antiguan diplomat died when a barbell he was lifting from a bench fell on his neck.

The medical examiner said the cause of death – traumatic asphyxia, was determined during an autopsy.

In October 2015, Ashe, pleaded not guilty to criminal charges of filing fraudulent income tax returns and evading tax payments to the US government on more than US$1.3 million, he is accused of receiving in bribes dating to 2011, which the US had traced.

Court records state that a complaint had been brought by the United States attorney for the Southern District, charging the former diplomat, who once served as President of the United Nations General Assembly between 2013 and 2014, and five others, including a billionaire developer from the Chinese territory of Macau.

The complaint alleges that the five, including billionaire, Ng Lap Seng, also known as David Ng, paid bribes to the former Antigua and Barbuda diplomat in exchange for “benefits from the UN and the government of Antigua and Barbuda”.

Among the allegations are that Ashe “accepted over US$500,000 of bribes” facilitated by three of the defendants — Ng, Jeff C. Yin and Francis Lorenzo — in an effort to build “a multi-billion dollar, UN-sponsored conference center in Macau, China.”

In addition, the complaint charges, the former diplomat received more than US$800,000 in bribes from “various Chinese businessmen” and, that as part of the scheme, he “shared a portion of the bribe payments” with senior Antiguan government officials, including the former prime minister.

Antigua and Barbuda Prime Minister, Gaston Browne, had said that then, that the incident had “serious implications for the country and that the United States can be assured of his administration’s support.