There is a long history of social critics and progressive thinkers offering critiques of human society.

While these and other critiques have much to offer, if we want to trace the origin of the dysfunctional and violent human behaviours that now threaten human extinction, I believe it is necessary to examine what has been happening since the Neolithic (agricultural) revolution some 12,000 years ago.

From the evolution of homo sapiens until the Neolithic revolution, human beings lived as hunter-gatherers following the seasonal round. During this long period, virtually all activities from hunting and gathering food to a multiplicity of social and cultural activities were simply manifestations of a felt desire to do something functional, meaningful and enjoyable. While some aspects of socialization during this period were undoubtedly designed to control individual behaviour towards what was seen as beneficial for the group, the damage from this was limited for society as a whole (if not for the individual).

However, with the discovery that seeds could be collected, stored, transported, planted and nurtured, settlement became possible. And activities of a different nature, which we now call “farming”, emerged. In many ways, of course, farming activities of this nature were still functional, meaningful and enjoyable. And there was probably a higher level of security in some contexts, at least, although there was also a decrease in security from a new range of threats including diminishing soil fertility (requiring effort to replenish it).

So my central questions are these? Is there a point at which a human activity ceases to be volitional – “functional, meaningful and enjoyable” – and becomes something that is socially controlled, what we might now call “work”? And what are the implications of this transition?

For the purposes of this article, I define “work”, rather broadly, as the mental and physical activity of undertaking any task that is directed and controlled by others for the benefit of others (which means that it is not possible for the individual to be adequately compensated for the effort expended and time lost). In some contexts, if the work is conducted for the exclusive benefit of others it is called ‘slavery’ which, incidentally, now involves more people than at any previous time in human history.

Why do I say that, by working, “it is not possible for the individual to be adequately compensated for the effort expended and time lost”?

The human organism is genetically programmed to follow their own Self-will. A human being is not genetically programmed to obey the will of another, whether they be parent, teacher, religious figure, political leader or anyone else. An individual’s Self-will manifests through such mental functions as thoughts, feelings and conscience. It is this Self-will that the individual is meant to follow throughout their life (just as non-human individuals of all species still live this way if they are not imprisoned, enslaved or domesticated by humans).

However, while the Neolithic revolution occurred spontaneously in several parts of the world, some of the Neolithic societies that emerged in Asia, Europe, Central America and South America resorted to increasing degrees of social control in order to achieve a variety of social and economic outcomes, including increased efficiency in food production. Civilizations, which emerged just over five thousand years ago and were characterized by towns or cities, efficient food production allowing a large minority of the community to be engaged in more specialized activities, a centralized bureaucracy and the practice of skilled warfare, were then built on this higher degree of social control.

So how was this social control achieved? The same way that social control is achieved today: by terrorizing children into obedience. If you want control it is better to start when the individual is very young.

Of course, the nature of modern society requires a phenomenal level of terrorization to prepare children for what constitutes “life” in the modern world: an endless series of hurdles that must be jumped so that we are channeled into one or another version of socially-approved behaviour, including work.

But the cost to the individual and, ultimately, society of this terrorization process is enormous. Terrorizing a child into suppressing their awareness of the feelings that should help guide their Self-will so that they “learn” to behave (especially by doing “work”) in violation of that Self-will causes enormous behavioral dysfunctionality including violence against themselves, others and the Earth.

And once we have been terrorized into submitting to the will of adults during our early childhood, which also means that we are terrorized out of feeling and expressing how we feel about this submission – invariably some combination of fear, anger, emotional pain and sadness – we must unconsciously suppress our awareness of how we feel about doing what others want rather than doing what we want. For a fuller explanation of this, see “Why Violence?” and “Fearless Psychology and Fearful Psychology: Principles and Practice“.

For this reason, and in modern society within a year of starting school (the work place of children), children cease to be free to do what they want and they become slaves to the will of others (with virtually none of their time left to use as they wish).

Moreover, having been terrorized into surrendering their time to be controlled (by doing work directed) by others, by adolescence they have both deeply suppressed any awareness of their own Self-will and become addicted to the compensation – represented ultimately by money – to buy caricatures of freedom (a consumer item, some entertainment, a holiday) for use in their “spare” time (that is, that little time left over after doing all of the work required by others). And because they have been terrorized into suppressing awareness of the feelings that would tell them otherwise, they learn to rationalize and justify what they are doing in terms of what is “sensible” in the modern world. For example: “I work to pay off the mortgage on my house.”

As adults, they then participate in terrorizing another generation into doing what other people want.

If you think my critique sounds simplistic, I offer you a simple test of its validity: If you feel free to choose precisely what you do each and every moment of your life, what is the list of things you would like to do during the next week? And during each week for the rest of your life? Are you now going to do these things? If not, the odds are high that you have also been terrorized into believing that not doing what you want is “behaving responsibly”: a wonderful way of obscuring what has taken place.

But what of structural and cultural violence you say? What about the way patriarchy, the industrial revolution (with its enclosure of the commons), capitalism and a whole host of other structures as well as cultural practices limit or even deny us opportunities and choices?

Well these are obviously important too. I am just saying that if we want to understand their origin and why they still survive, we must consider the implications of terrorizing children into doing what adults want. You cannot expect terrorized and powerless individuals – whether they lived historically or live now – to create cultures and structures of freedom or to resist violence or even their own exploitation.

Moreover, some of these terrorized and powerless individuals who are particularly badly damaged now wreak havoc all over the planet: starting and conducting wars, exploiting other people ruthlessly, ravaging the environment … all in pursuit of those caricatures of freedom mentioned above. However, even their great wealth can never compensate them for their loss of Self.

Anyway, if any of what is written here resonates with you, you might like to do something about it by participating in The Flame Tree Project to Save Life on Earth and/or by signing the online pledge of The People’s Charter to Create a Nonviolent World.

Most fundamentally, you might like to ponder what happened to you during your own childhood. And to ponder what that might mean about your own treatment of children. For a start, you might consider this: “My Promise to Children“.

In summary: You can do what others want. Or you can live your own life.

For most of us, our fear will decide.

Robert J. Burrowes has a lifetime commitment to understanding and ending human violence. He has done extensive research since 1966 in an effort to understand why human beings are violent and has been a nonviolent activist since 1981. He is the author of “Why Violence?” (tinyurl.com/whyviolence). His email address is flametree@riseup.net and his website is robertjburrowes.wordpress.com. 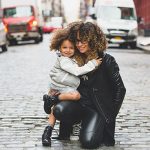