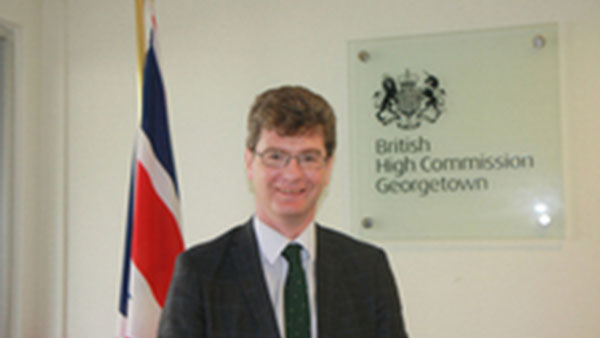 Guyana Gets Assurances From Britain Despite EU Vote

GEORGETOWN, Guyana, June 27, (CMC) – Britain has sought to give Guyana the assurance that it will be business as usual, at least for the next two years, even though London has voted to get out of the European Union (EU).

Britons last week voted by a 52-48 margin to leave the 43-year-old EU grouping that has also led to the resignation of Prime Minister, David Cameron, who will demit office in October.

Caribbean countries are still analysing the implication of the vote and there are concerns, here, that the UK decision could have an impact on its development aid to countries like Guyana, which is set to receive £53.2 million (One British Pound =US$1.32 cents) in British aid.

Quinn said that the United Kingdom is expanding its commitment to the Caribbean and Guyana saying “that also will not change”.

He said that it could take as long as two years, or more, before the UK completely exits the EU, despite the vote last week.

“It will be a long process. It will be a complicated process and I suspect that it will be a difficult process. In the interim, the UK remains a member of the European Union with all the rights, responsibilities and obligations that membership brings”, he said.