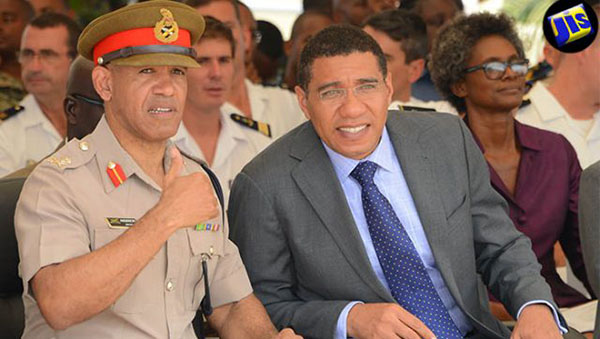 “It is no secret that this region has seen the impact of transnational organised crime within our borders,” Holness told the closing ceremony of phase two of Exercise Tradewinds 2016, a multinational military event that involved the participation of over 1,000 military personnel in capacity-building, aimed at combating transnational organised crime.

He said transnational crime is corrosive “and it neither recognises state borders nor the strictures of law and regulation, which are widely subscribed to by nations that value freedoms and prosperity for all their people”.

Representatives from the United States and 17 partner countries participated in phase 2 of Exercise Tradewinds, a U.S. Southern Command-sponsored exercise, which has multinational military interacting in training that also promotes regional security cooperation.

Phase 2 of the exercise included both maritime and land events, which further enhanced opportunities for participating countries to improve their security and disaster assistance capabilities.

Chief of Defense Staff of the Jamaican Defense Force, Major General Antony Anderson, said the exercise was attended by at least 1,000 participants from 18 countries.

“It’s a great opportunity to [familiarize each other with the procedures of partner nations] who perhaps don’t work together that much, but also between cultures and languages, and how we make all of that work together, to ensure that we have a safer region,” he said.

He said the exercises were organised to ensure it was challenging enough to develop skills for soldiers at all levels.

“What’s most important, are the relationships that we build and develop, because they will determine how well we come together, when faced with a crisis or natural disaster,” said Col. David Carbonero, Deputy Chief of Staff for U.S. Marine Forces, South.

“Lasting partnerships of friendship and trust will enable us to combat and defeat transnational organized crime and provide security and stability for our region.”

Prime Minister Holness said that transnational crime “operates both outside and inside of legitimate institutions. 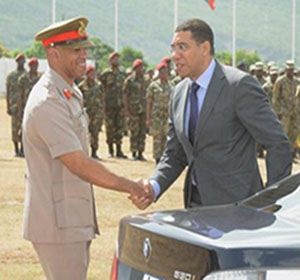 “But (for) Jamaica, the main impact of transnational organised crime is violence,” he added.

“From what I have seen and from the reports that I have received, Tradewinds 2016 has been a success,” he said.

The Prime Minister extended gratitude to the participating states for demonstrating commitment to regional security by providing troops and materials for the exercise. He also thanked the US SOUTHCOM for its leadership to the region.

“We want to assure the partners here that Jamaica will continue to support the efforts that will serve the welfare and security of our citizens,” he said.

Tradewinds was conducted here, over the past eight days, throughout various locations around Jamaica, including Up Park Camp, Moneague Training Area and Montego Bay.