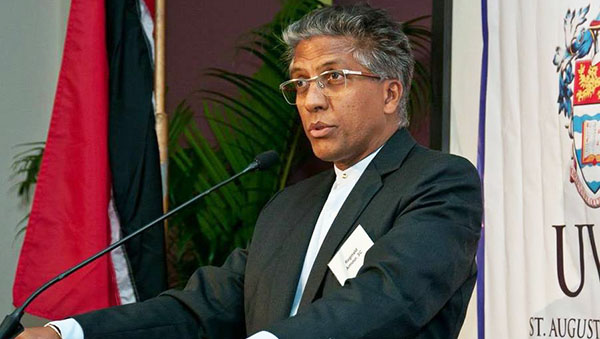 PORT OF SPAIN, Trinidad and Tobago, June 29, (CMC) – The Law Association of Trinidad and Tobago (LATT) says it does not support the moves by the Keith Rowley administration to extend, by another two years, the Bail (Amendment) Act and the Anti-Gang Act 2011.

Parliament is now debating the legislation that the government the government said is necessary, in order to allow the police to deal with the escalating crime situation here.

The bills first gained parliamentary approval during the tenure of the Kamla Persad Bissessar-led coalition, the People’s Partnership administration. But the opposition has said it wants to hold talks with the government before agreeing to any extension on the legislation.

In a two-page statement, LATT President, Reginald Armour, said “in the discharge of its mandate to protect and assist the public in Trinidad and Tobago in all matters relating to the law, including to promote, maintain and support the administration of justice and the rule of law, the Law Association of Trinidad and Tobago has maintained a clear and consistent position on the bail and anti-gang legislation.”

He said that in April 2015, the association had advised then Attorney General, Garvin Nicholas, that “given the constitutional guarantees of reasonable bail, coupled with the presumption of innocence and the right to be brought, promptly, before an appropriate judicial authority, the association considered the proposed legislation then, to be a disproportionate measure”.

Armour said the association stated even then, that in the face of firearms and firearms-related offences, the 2015 amendments to the Bail Act amounted to a denial of a person’s constitutional rights.

“The Law Association called then, for the repeal of the bail legislation,” he said.

The LATT said that in a June 17 letter to Attorney General, Faris Al-Rawi, it indicated that it did not support either of the two bills being continued as law.

It said that the pre-trial detention of persons without bail for a period of 120 days is not reasonably justifiable in a society that has proper respect for the rights and freedoms of the individual, given the unarguable inability of the criminal justice system to process those who are incarcerated under this legislation, within a reasonable time.

“In the association’s view, that incarceration, therefore, amounts to a breach of the right to liberty without due process. Bail is now punitive in nature as opposed to securing the attendance of the accused at court.

“In fact, the legislation, whose life would be extended under the proposed amendments, has significantly increased the number of persons on remand. The conditions on remand where these accused are kept, are acknowledged to be deplorable and have been judicially described as “barbaric” and “inhumane.”

The LATT said that the significant deficiencies of the forensic system, resulting in unreasonable delay in forensic testing, means that persons are unlikely to have matters involving the use of a firearm, heard within a minimum of two to three years.

“There are no safeguards against malfeasance by police officers, in a situation in which the mere mention by a police complainant of suspicion of possession of a firearm (or something resembling a firearm) invokes the no bail provisions.”