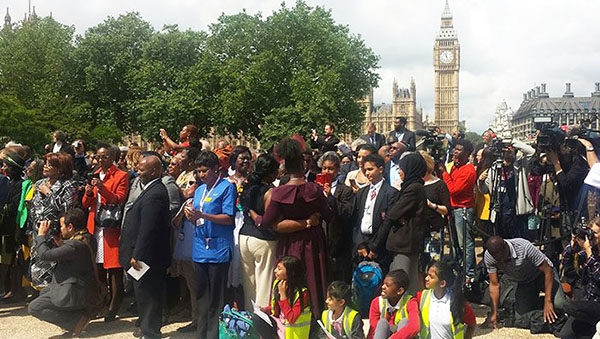 A section of the crowd at the unveiling of the memorial statue in honour of Jamaica-born Mary Seacole in the gardens of the St. Thomas Hospital on June 30. Photo credit: JIS.

LONDON, England, July 4, (JIS) — A memorial statue for Jamaica-born Mary Seacole, believed to be the United Kingdom’s (UK) first in honour of a named Black woman, was unveiled in London on June 30.

The unveiling of the memorial follows a 12-year campaign, which raised £500,000 for the erection of the structure.

Jamaica’s Acting High Commissioner to the UK, Diedre Mills, who was among the speakers at the unveiling held in the gardens of the St. Thomas Hospital, said Seacole left an indelible mark on society and will continue to inspire generations to come. 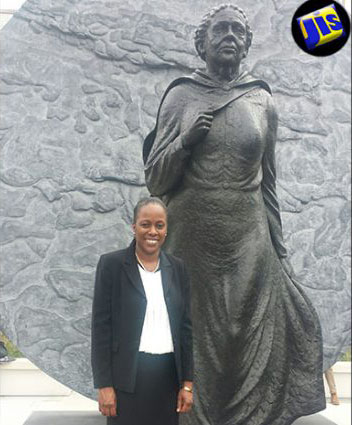 Jamaica’s Acting High Commissioner to the United Kingdom (UK), Diedre Mills, stands next to the memorial statue in honour of Jamaica-born Mary Seacole, which was unveiled in the gardens of the St. Thomas Hospital on June 30. Photo credit: Vivienne Siva/JIS.

Mills said that Jamaicans are proud that Seacole is taking pride of place in London.

“If nothing else, the legacy that she has bequeathed to us speaks to the continued and undying support that we should give to each other. Support that simply responds to needs once they are recognised; support that speaks to an even deeper commitment and passion that we need to take care of each other,” she said.

Chair of the Mary Seacole Memorial Statue Appeal, Lord Clive Soley, said that after 12 years of campaigning, Mary Seacole was finally receiving the acknowledgement she deserves for her selfless support of British soldiers.

He said it is a fitting tribute to a woman who was a pioneer for the generations of nurses and other staff from Black and minority ethnic backgrounds, who have served the NHS so well over the years.

Actress and Broadcaster, Baroness Benjamin, unveiled the statue, which was created by sculptor Martin Jennings and stands opposite the Houses of Parliament.

It is inscribed with words written in 1857 by The Times’ Crimean War correspondent, Sir William Howard Russell: “I trust that England will not forget one who nursed her sick, who sought out her wounded to aid and succour them, and who performed the last offices for some of her illustrious dead.”

In November, Chancellor George Osborne announced the Treasury would contribute £240,000 to help pay for the installation.