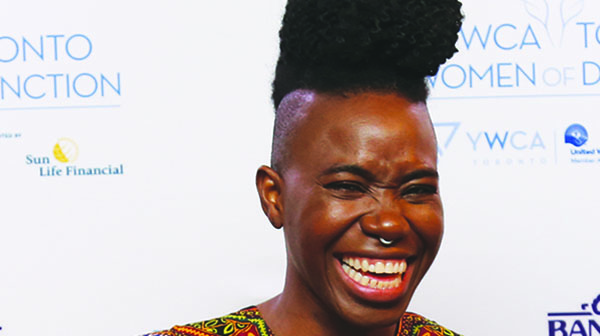 TORONTO, Ontario, July 7, (PRIDE) — While on a 10-day respite of silent meditation “in the bush” of Ontario, d’bi.young anitafrika, a dynamic multifaceted artist, won a 2016 Dora Award for outstanding performance – female, in the independent theatre category, for her play, “She Mami Wata & The Pussy Witchhunt,” the second in The Orisha Trilogy.

The Dora Mavor Moore Awards, produced and presented by the Toronto Alliance for the Performing Arts (TAPA), celebrate excellence in Toronto theatre, dance and opera.

The 37th annual Awards for the 2015-2016 season were handed out in a star-studded ceremony at the Harbourfront Centre’s Concert Stage on June 27.

“I think it is phenomenal to have won the outstanding female performance for ‘She Mami Wata & The Pussy Witchhunt’, which is like a staunchly Jamaican play looking at homophobia and queerness, and trans-identity, and religion, spirituality and sensuality.

“The subject matter is just so provocative and so global and so specific, and the piece is written in nation language as most of my work is,” she says.

The award comes 10 years after she won in the same category for her play, “Blood.claat”, which she describes as equally provocative, looking at incest and menstruation and a young girl coming of age in Jamaica. 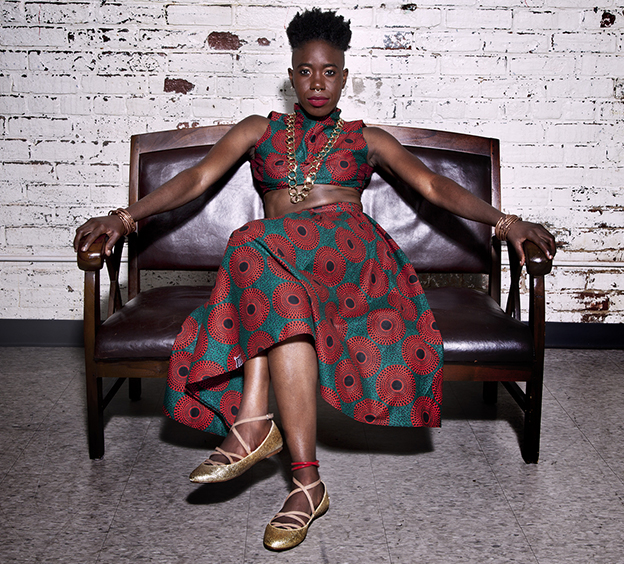 She is the creator of the human development framework – The Sorplusi Method – which has been employed by The Stephen Lewis Foundation, The Banff Centre, U of T, MaRS, Women’s College Hospital and other institutions globally.

Among the awards for her work are: KM Hunter Theatre, Mayor’s Arts, Vital People, Canadian Poet of Honor, Toronto Leadership Lab Fellow and YWCA Woman of Distinction in the Arts.

She says she is thankful that the community celebrates her work, acknowledging that it is a very multi-dimensional community racially and by class, gender, and sexual orientation.

“It’s an incredibly diverse community, so to be celebrated by that community is really amazing and I take it very seriously, and I make my work for all of us. It just feels like an artist’s dream and it’s not hurry come up. It’s not a fad.”

D’bi.young says she has been raised in this community and, in 2006, she was nominated for a Dora Award for her first monodrama in the categories of outstanding playwright and outstanding performance. She won both of them.

She took some time to travel around the world to promote her work and came back to Toronto with this new trilogy.

“For an independent theatre company that’s producing work really grassroots, really guerilla-style, (it feels good) to know that the work is resonating with a large cross section of people. When you come to our audiences, everybody is sitting there, so it’s not like other theatre in the city where you look and it’s just one set of people. Here, it’s like everybody; it’s queer people, trans people, straight people, black people, POC people, indigenous people, white people, East Asians, South Asians – everybody – big people, thin people, tall people, everybody, and academics and sex workers and people who are theatre-makers and musicians.”

The unique artist says she knows this because she has a talkback after each show which provides feedback.

“It is the absolute biggest honour for me, as an artist in this city, for people to trust the work so much and to believe in what we’re doing. It really blows me away.”

Set aboard a slave ship, “Esu Crossing The Middle Passage” follows “a womxn’s journey into the Trans-Atlantic slave trade, embodied by the spirit of Esu – the trickster God of Ifa, who sits at the crossroads.”

The third in the trilogy, “Bleeders,” an Afro-futurist Dub Opera is set in Ontario and takes place in the future. “The Pickering Nuclear Plant has exploded, and a group of Black womxn form a small council. How in the midst of government oppression, repression of the gender revolution and ecological degradation do we still find hope?”

D’bi.young says this production follows in the tradition of pantomimes in Jamaica, large-scale musicals, mostly written in the nation language that use Jamaican musical forms – folk, reggae, dub and ska, among others.

“Pantomimes were social commentaries, as well as filled with humour, chorus work, choreography, mythology, and so I’m attempting with “Bleeders” to be deeply inspired by the pantomime genre and to create this heavy social commentary piece that is looking at a theory that has been kicking around in anthropological circles for a few decades now.

“That theory is that global culture was created through menstruation rituals that math, science, even our reading of time, that those things evolved out of menstruation rites of passage that early African peoples perfected and then grew mathematics and science and this kind of thing out of that. It’s quite an involved idea; that’s what I’m exploring,” she says.

The license of the nuclear plant is up for a renewal in 2018 and d’bi.young makes a leap of the imagination to explore mass infertility and people having to come up with some more ancient ways of repopulating the community. 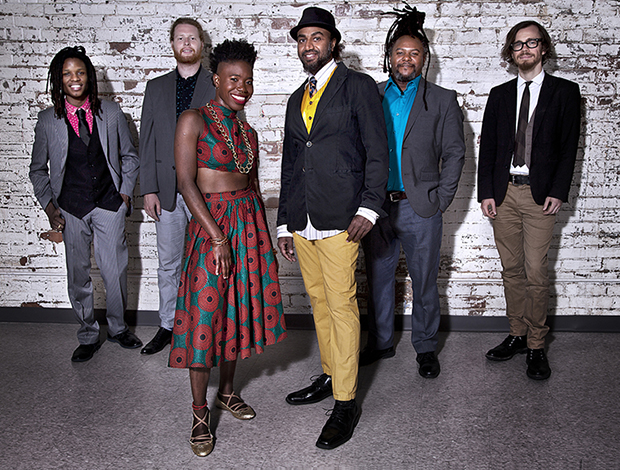 This all-star cast is led by director, anitafrika, and musical director, Waleed Abdulhamid, (featuring the Dub Orchestra, The 333), who along with composer, tuku, created a riveting score to accompany anitafrika’s provocative words.

Lightning design is by Sharmylae Taffe-Fletcher and set and costume are by Rachel Forbes.

Last Sunday, D’bi.young performed at “Black is Black: Blockorama 18” on the final day of the Pride Toronto festival.

Existing for 18 years, it is a “co-created, safe and affirming space for Black and African Diaspora community members and their loved ones to celebrate their lives and loves together.”

Speaking about her performance at Blockorama on Sunday, she said she grew up in the event.

“Blocko raised me. I remember when Blocko was a little stage in the parkette. That’s one of those spaces in which I grew and the organizers of that, the Nik Reds and the Syrus Marcus Wares – those are folks who raised me. And so I was so bowled over when I got to sound check on Sunday, fresh off 10 days of silent meditation in the bush, and walked across from Wellesley subway station and saw the big Rock stage.”

She said Blockorama was packed and the concert was amazing.

“Because our band is so new and we started in the fall and then we had a long winter, there’s just a lot of folks who don’t know that there is a band yet. People were just like, what is going on here. It was such a beautiful way to introduce the band through Blockorama,” she said.

She added it was fitting because the band is playing the new protest music, in a time when there are some serious issues happening.

D’bi.young said it was extra-special considering the action that Black Lives Matter took on Sunday.

“It’s a very courageous decision that Black Lives Matter took on all of our behalf, recognizing the deep, city-wide backlash that they’re receiving from major media outlets. For me, as an artist, and as a politicized artist who has been raised by people who have always struggled to create space, I would not be the kind of artist I am, nor would I be able to have the kind of access that I do, nor would I have the kind of trust that I do from the community, were I not raised by the community. It was just a high honour to be able to be a part of that movement on Sunday,” she said.

Among the nine demands that Black Lives Matter – Toronto made to Pride Toronto on Sunday, during a sit-in protest at the Pride Parade, are some related to more funding and infrastructural supports for Blockorama and Black Queer Youth (BQY).

Hosted by Toronto’s Dr. Omisoore Dryden and Ottawa’s Francis Loïc Kiromera, Blockorama featured the Queen of Soca, Alison Hinds, who had the crowded parking lot dancing to her energetic performance.

On July 8, D’BI. & THE 333 will perform at the “Future Routes” festival at the Harboufront Centre and, on August 21, at the Ottawa Pride festival.

Also next month, d’bi.young will be premiering the third installment of her triptych, “Bleeders,” at the SummerWorks Performance Festival at The Theatre Centre in Toronto.