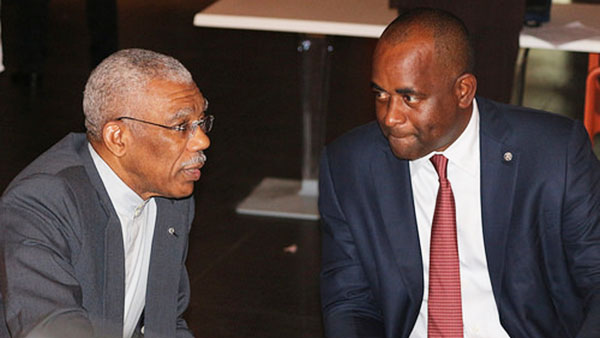 You think Guyana's President, David Granger, is casually presenting an opening gambit in an attempt to persuade CARICOM Chairman, Roosevelt Skerritt, who is also Dominica's PM, to support his country in its border dispute with Venezuela?

GEORGETOWN, Guyana, July 8, (CMC) – Caribbean Community (CARICOM) leaders, who ended their 37th summit here on Wednesday, have expressed support for the United Nations Secretary-General, Ban Ki-moon, in his bid to find a lasting solution to the century-old border dispute between Guyana and Venezuela.

According to the communiqué issued here, on Thursday night, the regional leaders also expressed continued support for Belize in its ongoing border dispute with Guatemala. 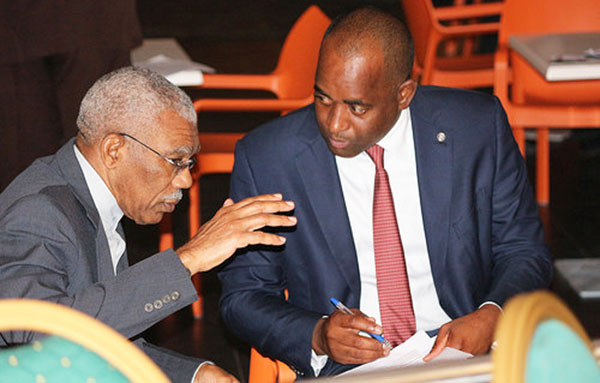 Now it appears that Granger is getting serious and passionate, adding gesticulation to his lobbying efforts, aimed at prying an “I’ll support you” from Skerritt, regarding the Guyana-Venezuela border dispute — maybe it’s working, he’s got the Chairman’s attention, who also seems to be taking notes.

The CARICOM leaders said that they had, during their meeting, received updated reports on the disputes, involving the two Caribbean countries.

Regarding the situation in Guyana, where Venezuela is claiming most of the Essequibo region, the leaders said they also received a “report on the current efforts of the Secretary-General of the United Nations, proposing a way forward to the two countries towards a decisive end to the controversy.

“Heads of Government noted, with appreciation, that the Secretary-General of the United Nations attaches the highest priority to finding a solution to the controversy, which arose out of Venezuela’s contention that the Arbitral award of 1899, which definitively settled the land boundary between Guyana and Venezuela, is null and void, “ the communiqué said. 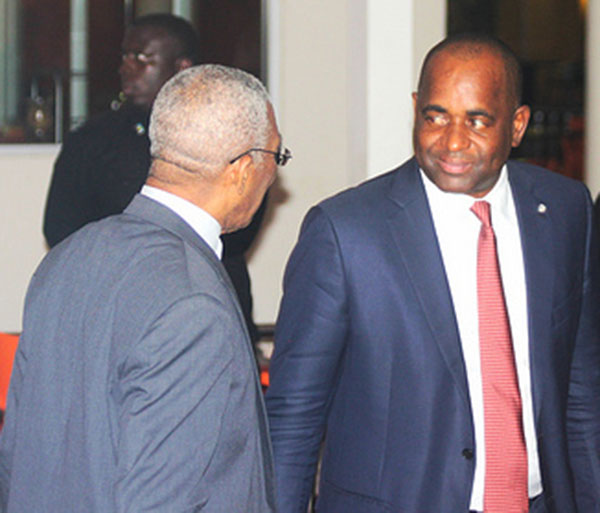 Moving in to close the sale: President Granger certainly appears to be persistent; he’s not giving up, and Chairman Skerritt apparently seems to be wearing down. End result: CARICOM supports Guyana in the border dispute with Venezuela.

The CARICOM Heads of Government said as a result, they have “signalled their full confidence in the Secretary-General to exercise, urgently, his authority, under the 1966 Geneva Agreement, for a choice of options that would bring the controversy to a definitive and judicial conclusion, that would be beneficial not only to Guyana but the Caribbean Community as a whole”.

As it relates to Belize, where Guatemala is claiming ownership of part of, or the entire country, dating back to 1940, the regional leaders reiterated their “full support” for Belize, “as it enters the process of dialogue and welcomed the decisions of the Government of Belize and Guatemala to engage in the design and development of a mechanism of cooperation for the Sarstoon River, which marks Belize’s southern boundary.

“Heads of Government expressed support the continuous and critical role of the Organisation of American States (OAS) in the process, aimed at resolving the dispute arising from Guatemala’s claims and further calls on the international community to continue supporting the OAS office in the Adjacency Zone.

“The Conference of Heads of Government also supports the efforts of Belize and Guatemala to move, deliberately, to fully implement the special agreement of 2008 between Belize and Guatemala, to submit Guatemala’s territorial, insular and maritime claims to the International Court of Justice,” the communiqué stated, noting that the regional leaders “emphasised their unflinching support for the sovereignty, territorial integrity and security of Belize”.