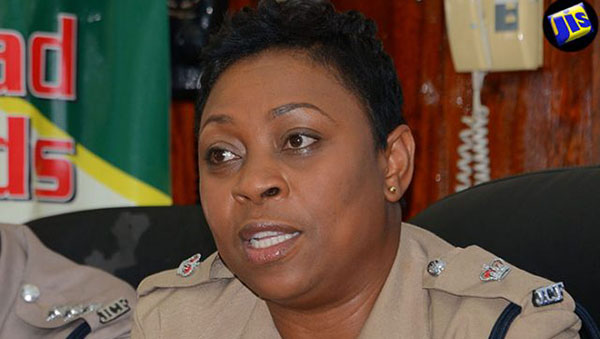 ‘Get The Guns’ Campaign In Jamaica Yielding Results

ST. ANDREW, Jamaica, July 12, (JIS) — The ‘Get the Guns’ campaign continues to reap results, in the number of illegal guns seized by the security forces since the start of the year.

Speaking at a press conference at the Office of the Commissioner in St. Andrew, yesterday, Superintendent Lindsay said the figure represents 37 more when compared to the corresponding period last year.

She informed that of the figure, 69 were taken from the parish of St. James. She also noted that 584 rounds of ammunition were seized in the parish.

“We are very concerned about the number of firearms that are out there, because when we look at the statistics, we’re seeing where the firearm accounts for 80 per cent of deaths that occur,” she noted.

Superintendent Lindsay urged Jamaicans to partner with the police in ridding their communities of illegal guns and ammunition, as well as illicit activities that may be taking place. She also called on persons to use the toll free lines of 811 or 311 to report cases.

In the meantime, she revealed that the police have partnered with the military to increase operations in sections of Western Jamaica.

“It is early days yet, but we are very pleased to see the results that we are already getting on the ground with the increased number of officers occupying some spaces where the criminals were very active,” she said.

She added that apart from the “hotspots”, the police/military have increased their presence in the town centre of Montego Bay, St. James.

Superintendent Lindsay said the joint operation is aimed at ridding the communities of criminals, as well as restoring safety and security.

The ‘Get the Guns’ campaign, which got under way last year, is one of the JCF’s crime-fighting initiatives, aimed at reducing the number of guns available for use in murders across the island.

It involves, among other things, intercepting illegal guns entering the island’s shores and seizing them from criminals.

The campaign features a reward scheme to encourage members of the public to provide information.

And there is collaboration with the Haitian law-enforcement authorities, due to the high inflow of illegal guns from the French-speaking island.