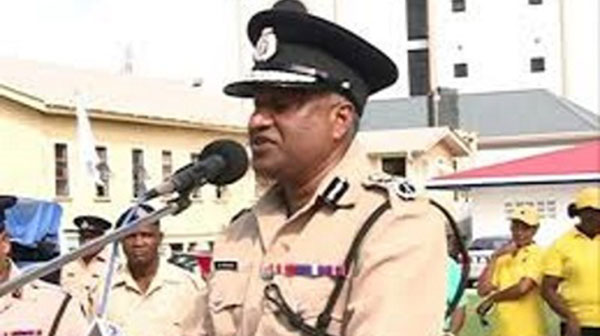 He told the ceremony that the plan would be implemented as soon as it is completed and accepted by the authorities here.

“Thereafter, we will pursue with implementing those recommendations and we are likely to see a great change in our intelligence infrastructure, and see a great interface between crime intelligence and security intelligence, and further develop our general capacity to deliver the highly expected services to the people of our communities,” he elaborated.

He said the process to get fugitives from another CARICOM country has normally been lengthy, and the proposed treaty that regional governments said should be signed by yearend, is likely to bypass any legal extradition requirements and allow for member states to act on an arrest warrant, issued in another CARICOM country.

Crime Chief, Wendell Blanhum, described the treaty as a “great initiative” and that Guyana had been faced in the past, with instances where fugitives, who were arrested and granted bail, had fled to countries in the region.

Blanhum said there was a particular case where a national from another CARICOM country was arrested for a drug trafficking-related offence here ,and subsequently secured bail.

Under the initiative, member states will be able to arrest criminal suspects from other member states who may be hiding out in their country. The suspects will be sent back to their home country to face the law.