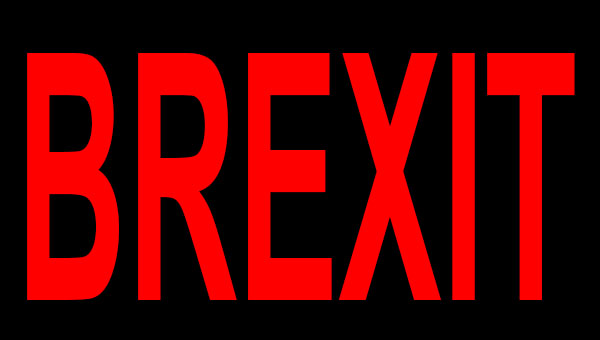 The British vote to leave the European Union – commonly referred to as the Brexit – seemed to catch much of the world by surprise, at least temporarily shook up the markets and left many people wondering whether they should act quickly to protect their investments.

But puzzled North American investors should wait to see how this unfolds over time, rather than taking drastic measures they may later regret, says Joseph Mallen, Chief Investment Officer for Sawtooth Solutions (www.sawtootham.com), a technology-focused company that concentrates on wealth-management platforms.

“I believe this is much ado about nothing until further clarity on the result of the vote is determined,” Mallen says. “This may take years to sort out. The Brexit may not happen at all.”

While there was market reaction – really, overreaction, Mallen says – right after the vote, it was based more on perceptions than on anything of substance.

Ultimately, what could the Brexit mean for the future of the North American economy? Mallen says no one has a crystal ball, but he offers these observations:

• Overall impact on North American markets may be negligible. After instant, but temporary, turmoil the markets in the U.S. and Canada recouped their early losses. “This is telling and in line with my expectations that the Brexit should have little to no impact directly on U.S. equity markets,” Mallen says. “We have seen U.S. treasuries gain on what I believe is a flight to quality, pushing the 10-year yield below 1.4 percent.”

• The long-term investment outlook. If other European countries elect to follow suit with their own exits, there could be disruption in Europe-based equities.

But Mallen says he doesn’t believe the Brexit, in isolation, will be negative either for the U.S. or for the United Kingdom. “I believe it’s a positive move for the UK, giving it more freedom to act independent of EU governance,” Mallen says. “The UK has more to offer the EU than the EU has to offer the UK.”

Ultimately, Mallen says he believes the UK will become a pseudo-member of the EU, similar to the relationships Norway and Switzerland have with the EU.

• Interest rates. The Brexit likely will be a further catalyst for North American interest rates to remain low for the next couple of years.

“I don’t see the Federal Reserve raising rates, as that would be highly unpopular given the prevailing market sentiment,” Mallen says. “Also, I believe U.S. treasuries will continue to be a safe-haven asset for nervous international investors.”

The initial Brexit vote resulted in a wave of media attention, but it was perhaps more attention than will prove to be warranted as time passes, Mallen says.

In terms of impact on the market, the attention actually should be on the US presidential election, he says.

“As much as Brexit was a welcome reprieve from the election, I believe that within weeks the U.S. elections will become the primary global-market media focus and that will continue through November,” Mallen says. “It promises to be a volatile campaign that, I believe, will impact global markets directly.”