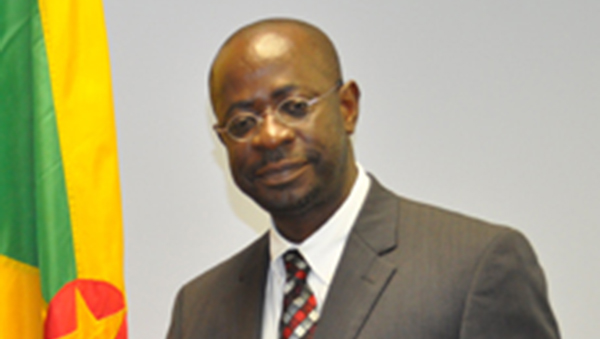 ST. GEORGE’S, Grenada, July 13, (CMC) – The leader of the main opposition National Democratic Congress (NDC), Nazim Burke, yesterday, said he would not vote in support of legislation to reform the existing Constitution, ahead of a referendum scheduled for later this year.

“There will be no vote by me today, because you already have the simple majority,” Burke told the Senate, as he wrapped up his contribution on the Constitution Reform Bills that have already been passed in the House of Assembly.

Burke called on the Keith Mitchell government to announce the date for the referendum.

“In Scotland the people knew the date more than a year in advance, in the UK the people knew, months in advance, but here, we don’t know when it will happen,” said Burke, who told legislators that once the date is announced he will be voting “based on his conscious”.

Declaring that he is not in support of the process, Burke said that the action of government is based on the action of few individuals, “driven largely by self-interest”.

Last month Parliament also passed legislation that allows the island to replace the London-based Privy Council with the Trinidad-based Caribbean Court of Justice (CCJ), as its final court.

The measures are now to go before Grenadians in a national referendum. No date has yet been set for the referendum, but it is widely expected to be held before year end.

Another Bill to be voted upon will change the name of the State from ‘Grenada’ to ‘Grenada, Carriacou and Petite Martinique’, and other measures would institute term limits for the Prime Minister; ensure that there is always an Opposition Leader; enable Parliament to provide fixed dates for general elections; institute an Elections and Boundaries Commission; introduce the modern styling ‘Eastern Caribbean Supreme Court’; and require that allegiance be sworn, no longer to the Queen, but to Grenada.

In his contribution to the debate, Labour Senator, Ray Roberts, the General Secretary of the Grenada Trades Union Council (GTUC), said the union would be endorsing all the documents and will encourage workers to vote with their conscious.

“As a principle we will not be on any platform trying to influence the court of action,” he said.

In January 2014, the government appointed the CRAC to continue the consultation process on Constitution Reform and advise it on the way forward.