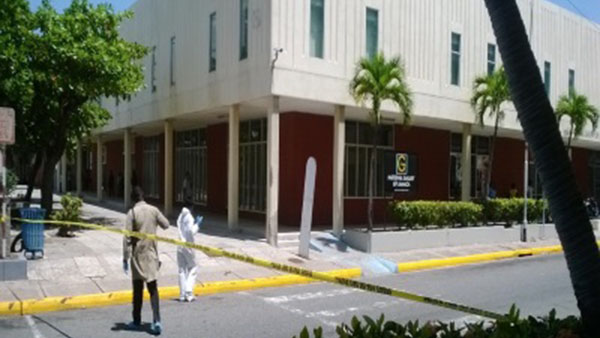 Crime investigators at the TRN building.

KINGSTON, Jamaica, July 15, (CMC) – Police are investigating the murder of a female security guard at the Tax Registration Number (TRN) building, today, by a male colleague, who later committed suicide.

Police have not released details of the incident, but media reports said that the unidentified man had asked his co-workers to take him to the location where the woman was posted, and engaged her in a brief conversation before shooting her. He then shot himself.

The incident has led to the closure of the building and Tax Administration Jamaica is seeking counselling for the workers.