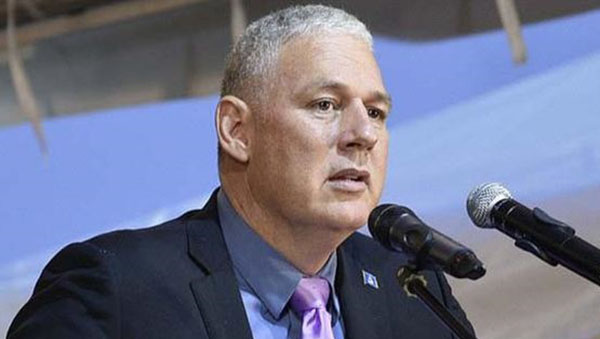 St. Lucia PM Reports On Trips To Europe And Morocco

Speaking at a news conference, late Monday, Chastanet, who was accompanied by his Agriculture and Physical Planning Minister, Ezechiel Joseph, told reporters that he held talks with the Office of the Director of Public Prosecution (DPP) in London.

“These visits were to specific industries, so on our trip to England we had an opportunity to meet with the DPP’s office over there.

“The DDP’s office, along with the government of England, have been financing a substantial part of our justice program…and that project is coming to an end, and we went to lobby to see if we could get the continuation of that project and also, to update them on where we are with judicial matters in St. Lucia,” Chastanet told reporters.

“I also did not meet with any of the political authorities in the UK, as you know Brexit is a very hard issue and we had to schedule our meetings very late,” he added.

During the news conference, Prime Minister Chastanet took the opportunity to brush aside remarks by the main opposition St. Lucia Labour Party (SLP) over the appointment of former national security minister, Guy Mayers, as the island’s new High Commissioner to the United Kingdom.

The SLP had contended that Mayers was unsuitable for the post, given his perceived role in the highly controversial period of ‘Operation Restore Confidence’ (ORC), which led to several extra-judicial killings.

Chastanet said that while there are concerns about Mayers alleged involvement with ORC, he had an opportunity to have read the entire report by the Caribbean Community (CARICOM) Implementing Agency for Crime and Security (IMPACS) that carried out the investigation into the extra-judicial killings, and he did not find Mayers’ name included in it.

“I’ve not read anything or seen anywhere in which anyone has made any allegations that Mayers was illegally or wrongfully involved in anything to do with that. I can say to you, in having discussions with other governments as well, when we vetted him, there was absolutely no problems or concerns expressed by anyone as it pertains to that,” he added.

Chastanet told reporters that Mayers’ professional background and the developments unfolding in Britain after that country decided to leave the European Union after 43 years, makes him well suited to the diplomatic posting.

“If you look at the UK market right now, particularly BREXIT and what has happened, he (Mayers) is well informed to be in that market,” Chastanet said, explaining that trade is an important aspect of the diplomatic posting.

He said Mayers’ experience as a former president of the St. Lucia Chamber of Commerce and a former minister for trade and commerce, as well as minister of national security, also gives him a great advantage.

Chastanet said on the visit to Paris the delegation met with marketing agents, as the government advances plans to establish a banana export arrangement with France.

“We had an opportunity to go and see the places of distribution,” he said, noting that on arrival in Morocco, the St. Lucia delegation met with government agencies responsible for the fertilizer program “and also with regards to the possible linkages with agriculture and also the training component as to what the Moroccan government has been providing”.

Chastanet made it clear that no discussions were held with government officials “or the political secretariat in Morocco”, insisting “that is a trip we went into some preliminary discussions about”.

“There is going to be a mission by the Moroccan government, we are hoping by mid-September, which will then be followed by a state visit,” he told reporters.