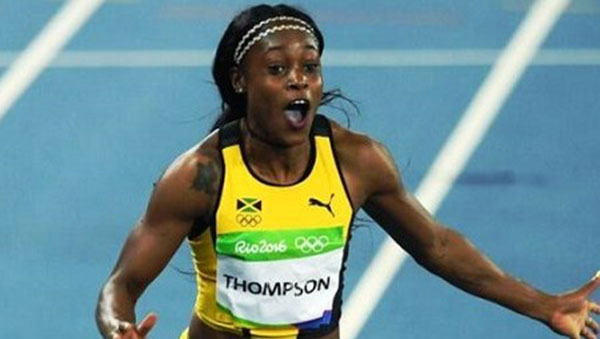 Thompson Wins Olympic Sprint Double; Tourism In Jamaica Could Benefit From Performance Of Athletes In Rio

The 24-year-old clocked a season-best 21.78 seconds, to finish ahead of Dutchwoman Dafne Schippers, who clocked 21.88 – also a season-best – to take silver.

“Elaine is such a wonderful champion who must be counted among the greats. She has done very well.  And Jamaica is very proud and we’re happy to have been able to develop such world beaters at home.  So while we celebrate our champion we also give credit to our local coaches, to our athletics system and to everybody who has played a role in the tremendous success of Jamaican athletes,” Minister Grange added.

Jamaica’s Prime Minister, Andrew Holness, says he expects the tourism sector to benefit from the performance of Jamaican athletes at the Olympic Games in Rio de Janeiro.

He said along with the promotion of Brand Jamaica through the establishment of ‘Jamaica House’ in the country, this will have a tangible impact.

Holness was addressing a press conference at the Office of the Prime Minister on August 17.

The Prime Minister returned, on Monday, from a trip to Rio de Janeiro, where he met with athletes and also hosted the official opening of Jamaica House, which the government is using, in partnership with private-sector entities, to market Brand Jamaica. 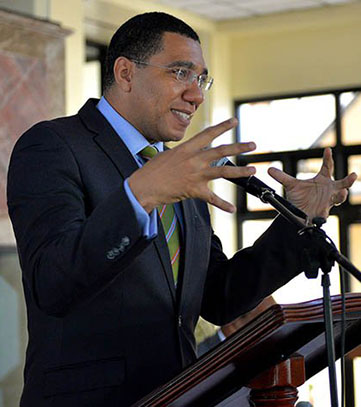 “What I witnessed were travel agents coming in, asking questions about Jamaica, about our packages and our food. I (also) met many executives who were all asking about opportunities in Jamaica. Representatives from the Jamaica Tourist Board and other government agencies were there. So, I am certain that connections were made,” he said.

Holness explained that Jamaica House is meant to create a Jamaican atmosphere for athletes off the track, but also a space where people from other countries can interact with Jamaican brands.

He noted that Brazil has a strong middle class that travel frequently, adding that they might be influenced to travel to Jamaica by both the performance of Jamaican athletes at the Olympics as well as by the strong presence created by the Jamaica House initiative.