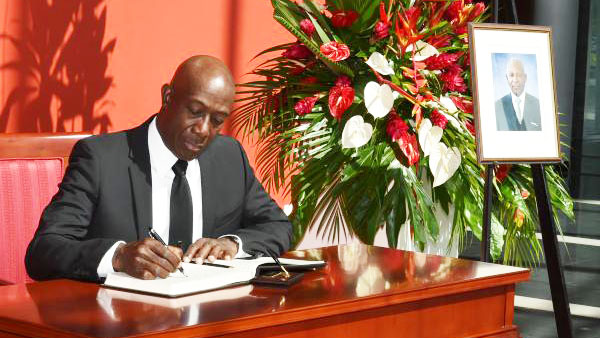 Rowley, who was given a 51 percent approval rating by the Trinidad Express newspaper in a poll released on yesterday, said that the new taxes would be outlined when Finance Minister, Colm Imbert, presents the 2016-17 national budget later this month.

Speaking on a television program, here, Rowley said while all was not lost in turning around the economy that has suffered ever since the global price of oil slumped from more than US$100 to as low as US$40 over the past year,  citizens of Trinidad and Tobago must continue to brace themselves for tough times ahead.

“As difficult as the circumstances appear and sound, if we make the best decisions available to us, then there are ways out of all of these situations and that is what the government is aiming to do,” Rowley told television viewers.

“We are in a period which requires very sane and sober decision making and the government has a responsibility to ensure that our decision making and our execution (are) underpinned by an understanding that we are in a situation where, if we do not make these decisions, sometimes painful as they might be, the situation could be far worse than it is right now,” he added.

Rowley brushed aside remarks by Opposition Leader, Kamla Persad Bissessar, that his administration should receive an “E” grade for its first year in office, reminding the population that it was because of the reckless spending of the former People’s Partnership government, which she led, the oil-rich twin island republic now faces socio-economic problems.

He gave his first year in office a seven out of 10, saying as a “country we have not done too badly.

“We are in a very difficult situation like …all other petrochemical economies which suffered some significant downturns that immediately put the country in a situation where the population is required to respond.

“By and large I think we have not done too badly and there are areas where we could have done better, and we do have some significant adjustments to make and the future would depend on how well we make those adjustments.” 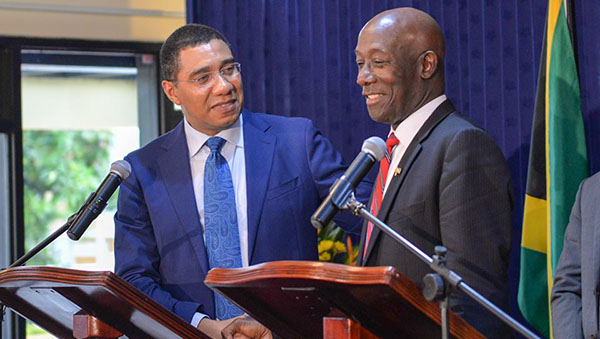 Rowley said that his job is to “manage how we make decisions and what decisions we make.

“But we, as a country, find ourselves in a particularly difficult circumstance where our sustenance has been reduced,” Rowley said, adding that the situation is based on “the choices we would have made.

“At the end of the day you have to deal with what’s in front of you. What’s in front of us today is what this government has to respond to and it is not entirely attractive in supporting what we have been accustomed to in recent times”.

Rowley told viewers that on assuming office on September 9 last year, he was faced with the possibility, in one instance, of not being in a position to pay public servants their monthly salaries.

“With the best will in the world, the country’s ability to service itself from our revenue side was not there. So it is understandable that many things that were expected to be done just could not have been done. We were virtually out of available cash,” he said, recalling that the Central Bank governor had informed the government that it only had cash to run the country for three days.

Rowley said he recalled receiving from the finance minister, while overseas in May “and we did not make a scene about it at the time, but (indicated) there was a prospect that salaries could not have been paid, because the worst thing that could happen is for the government to issue cheques to public servants and the cheques bounce”.

Prime Minister Rowley said people here are still not availing themselves of the true situation confronting the country and reiterated his earlier warning about the need to stay away from the Washington-based IMF to deal with the financial situation here,

“There are still a significant number of people in the country who either don’t understand the implication of the loss in revenue we are facing now or that anything has happened.

“Some people just believe because an election has put other people in the chair of authority that this is the end of the story. That is simply a change of personnel. The country’s circumstance has not changed,” he said.

Rowley said 2016 has been a “very difficult year and 2017 that difficulty will continue.

“I want to say to the country with all what we are doing now in terms of rolling back our expenditure, if we don’t do that now ourselves and we allow what has been going on to continue against the background of our lost revenue, that is a recipe for an IMF program.”

“I have given the country the assurance that the decision making by this government, priority number one, is to ensure that we do not end up with an IMF program, meaning we have mis-managed our affairs and we end up at the lender of last resort,” Rowley said, noting the stringent policies that would accompany any IMF program, including job losses.

“There will be some difficult decisions made by us, as a people, to deal with our own difficult circumstances and, as we do it, no one sector carries the bulk of the burden and we will, as a people, ensure that those who need the most help get it…