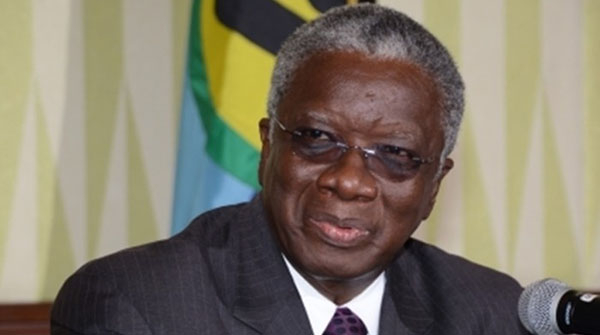 TORONTO, Ontario September 19, 2016 – The Prime Minister of Barbados, Freundel Stuart, will be the featured speaker at the 9th Annual Errol Barrow Memorial Dinner, which is being held in Markham, this Saturday.

Two Barbados Ministers — Ronald Jones, Minister of Education, Science, Technology and Innovation and the Minister of Labour, Social Security and Human Resource Development, Senator Dr. Esther Byer Suckoo — accompanied the Prime Minister on his trip to Canada and will also attend the gala, which is one of the events celebrating the 50th Anniversary of Barbados’ Independence.

The Consul General of Barbados at Toronto, Haynesley Benn, and the island’s High Commissioner in Canada, Yvonne Walkes, will also be in attendance at the prestigious dinner/dance.

Barbados, which was settled by England in 1627, remained a British colony until it achieved independence  on November 30, 1966, when at the country’s first independence ceremony, its new national flag and national anthem were showcased for the first time.

Barrow, who, in 1998, was acclaimed as one of Barbados’ National Heroes, collapsed and died at his home on June 1, 1987, becoming the country’s second sitting Prime Minister to die in office.

“This eagerly awaited dinner on the autumn calendar gives Prime Minister Stuart, the opportunity to apprise Barbadians, living in Canada, of his stewardship and the progress the country is making,” said the President of the Barbados DLP branch in Canada, Reynold Austin.

Prime Minister Stuart will attend a Town Hall meeting, where he will meet and interact with members of the  Barbados Diaspora in Canada, to inform them of development in their homeland and to answer questions.

The Town Hall will be held on Sunday September 25, at 3p.m. at Koffler House,  University of Toronto,  569 Spadina Crescent, in Toronto.

The Errol Barrow Memorial Dinner, which is being held on Saturday, September 24, will start with a reception at 6 p.m. and dinner at 7 p.m.

Structure, a five-time Calypso Monarch of Canada; Smokey Burke, formerly of The Drifters; and Susan G, the Miami Calypso Monarch, and Ottawa Calypso Queen in 2007, will be the featured entertainment, and there will be after-dinner dancing to the music of DJ, Phase 4 Sound Crew.