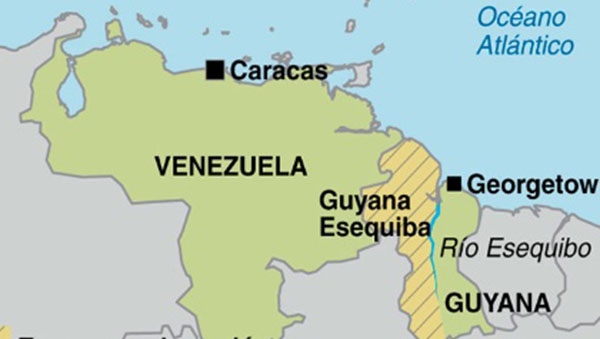 GEORGETOWN, Guyana, October 5, 2016 (CMC) – Guyana marked the  117th anniversary of the 1899 Arbitral Award, insisting that it will continue to pursue efforts to peacefully end its border dispute with Venezuela.

“Guyana continues to uphold and respect the Arbitral Award of 1899. It will defend its validity in the world’s highest court and expose Venezuela’s sordid efforts to besmirch Guyana’s development agenda,” the Ministry of Foreign Affairs said in a statement.

Guyana has been pressing the United Nations to recommend a judicial settlement to the decades-old border controversy.

In the statement, the Guyana government said that it was marking the award, which was handed down in Paris more than a century ago, by the publication of the booklet, “The New Conquistadors”, which gives an account of the tribunal’s Award and Venezuela’s 60 year recognition and respect for it.

It said the booklet “commemorates the Award of one of the most prestigious judicial tribunals ever assembled under its most eminent Russian chairman”.

But Georgetown noted that the Venezuelan statement on October 4, this year, “perpetuates the falsities that have marked its predatory campaign and have continued in relation to Guyana’s maritime space.

“Its greed for territory has added a new dimension of Guyana’s maritime resources,” the Ministry of Foreign Affairs said, adding that the “ New Conquistadors offers to all the world the true account of these events and illustrates the urgency of the need to bring this egregious Venezuelan misconduct to an end as the international community grapples for the supremacy of law and order worldwide”.