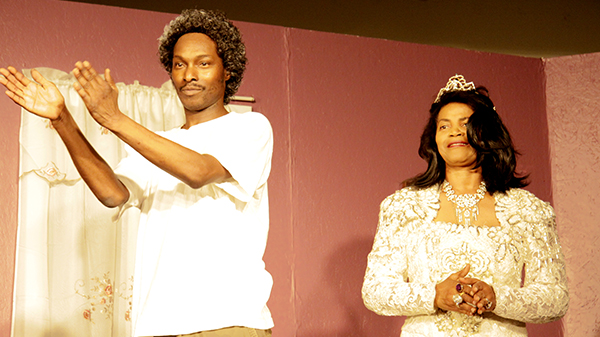 The late Patrick Edward Barrington, popularly known as “P. Edward” or just “P”, left, will be memorialised on Sunday.

TORONTO, Ontario — Patrick Edward Barrington, popularly known as “P. Edward” or just “P,” who died earlier this year, will be memorialised at an event, organised by The People’s Performing Art Center, this Sunday.

Born in Jamaica in 1963, Barrington “was magic on stage or in front of the cameras – the consummate entertainer. This is how many of his friends remember the late actor, who died on February 14 in Toronto”, wrote Neil Armstrong in a Pride News Magazine article, reporting on his death, on March 2. 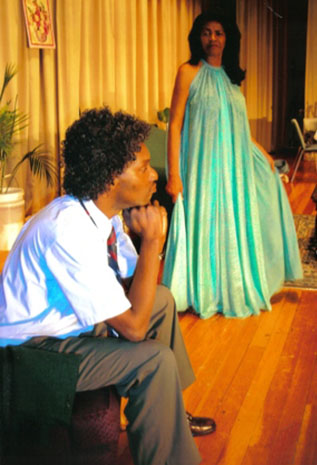 Barrington and Gloria Surage in a production.

“He graduated from the University of the West Indies with a first degree in botany and natural sciences, …and also performed with the renowned National Dance Theatre Company (NDTC),” Armstrong added.

The event,  Voices of Thanksgiving  – “One Sparkles, All Shine”, is being organised by actor, director and producer, Gloria Surage, who was a close friend of Barrington, and appeared with him in many productions.

She said about him, earlier this year, “O, my God, he had so many different characters in his body.”

In a release about the upcoming event, Surage said Barrington “was the creator of the ‘togetherness’ theme: ‘One Sparkles, All Shine’ and also (was) one of the lead actors / directors of the People’s Performing Art Centre and also Co-Creator of “Huggly Heggie and Ruff Neck Granny skits comedy Duo”.

“Voices Of Thanksgiving: One Sparkles, All Shine”, which will be emceed by Janet Clarke, will feature many local artistes, including vocalists, Tall Man J.R (Joel Rainford), Cora Russell, Nia Nicole and Jannett Scott.

Surage and Brenda Grant is expected to “light up the stage in the guise of the uproarious sketch characters, Ruff Neck Granny and Loud Mouth  Hegnes”, a skit that Barrington co-created and acted in with Surage .

Military Allan Ladd will be the DJ for the Voices of Thanksgiving – “One Sparkles, All Shine” event, which will take place on Sunday, October 9, at the Jamaican Canadian Association Centre, 995 Arrow Road, in Toronto.