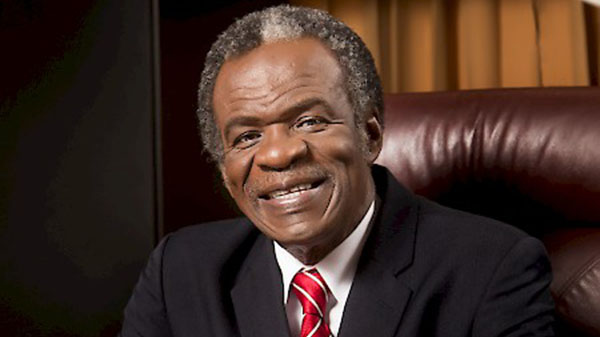 Orville London is the outgoing Chief Secretary of the Tobago House of Assembly (THA).

SCARBOROUGH, Tobago, November 9, 2016 (CMC) – The outgoing Chief Secretary of the Tobago House of Assembly (THA), Orville London, has criticised the service being provided by the state-owned Caribbean Airlines (CAL), saying the island “needs an airline that is sensitive” to its socio-economic development.

Addressing the annual Tobago Economic and Business Outlook Conference, London said that Tobago does not want a situation where the airline “is bringing some 10, 11 flights from Canada every day, every week, (and) we say let one of them pass through Tobago and they say no.

“I am saying that we need an airline that is sensitive and recognises that an investment in Tobago, at this point in time, is going to reap rich dividends down the road,” said London, who is not going to contest the next THA elections due in January next year.

He told delegates to the conference, yesterday, that Tobago “wants Caribbean Airlines to understand that it is the national airline of Trinidad and Tobago”.

“And in those circumstances, Trinidad and Tobago must take priority. It does not matter to me that it is the national carrier for other islands, other countries, I am not envious but I am not stupid.

London said he intends meeting with the new Board of Directors of the airline, later this month, and will bring up the need to improve service on the air-bridge between the two islands.

“I do not want this new Board to deal with a situation where Caribbean Airlines cannot take care of our domestic tourism,” he said, recalling a conversation he had with a politician from a Caribbean country, who said that visitors from Trinidad were an important aspect of his country’s tourism sector.

“What he said is that they not only bring money, they bring energy, and the energy they bring actually encourages other people to come. Now, here it is, that this man is telling me that the Trinidad tourist market can, in fact, make this significant input into his tourism sector…and one of the main reasons is that you can guarantee that you can leave Port of Spain…and get to his country, but you can’t do the same between Trinidad and Tobago.

“I am saying these are the kinds of issues we must deal with,” he said.