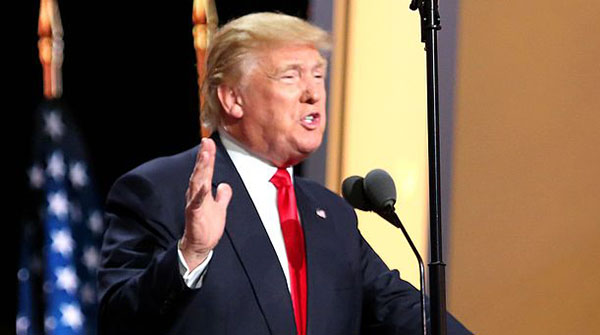 CASTRIES, St. Lucia, November 10, 2016 (CMC) — The Citizenship by Investment Program (CIP) in member countries of the Organisation of Eastern Caribbean States (OECS) could benefit from Donald Trump’s victory at the polls in the United States.

This is according to the Director General of the OECS, Dr. Didacus Jules; based on the unexpected outcome of the election in the United States, many people are making the determination that they should probably move out of the country.

In a statement, today, Jules suggested that the Trump Presidency could provide a “special opportunity” for countries in the sub-region with CIP arrangements.

He said offering citizenship can be a real boost to CIP programs.

“Sometimes in what appears to be a crisis, there are opportunities and we need to find those opportunities,” the OECS official explained.

His comments endorsed a statement from citizenship advisory firm, Henley and Partners, that in the hours since Trump’s victory, there has been a sharp increase in Americans inquiring about alternative residence and citizenship programs.

“Such spikes happen when citizens become uncertain about the future of their country. They seek safer options for their families,” Henley and Partners told the Antigua Observer.

Henley and Partners believe that other events such as Brexit were “having a significant impact on the interest by wealthy individuals and families in alternative residence and citizenship”.

The CIP has so far been established in four of the nine member states of the Organisation of Eastern Caribbean States (OECS) – St. Lucia, Antigua and Barbuda, St. Kitts-Nevis and Dominica.