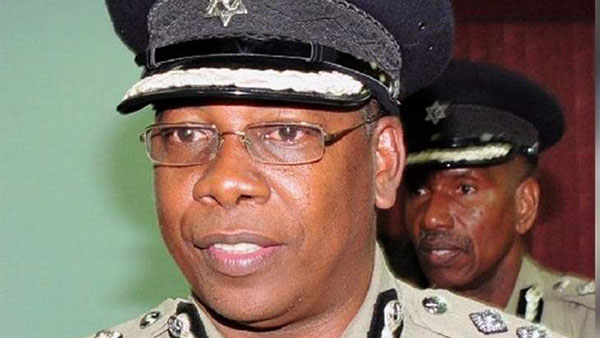 Stephen Williams is the Acting Police Commissioner of the Trinidad and Tobago Police Service (TTPS).

PORT OF SPAIN, Trinidad and Tobago, November 17, 2016 (CMC) – Acting Police Commissioner, Stephen Williams, says the reputation of the Trinidad and Tobago Police Service (TTPS) has been tarnished by recent incidents in which cops have been accused of committing crimes.

At the weekly police press briefing, on Wednesday, Williams promised to root out the rouge officers and called on the public to keep the faith in the TTPS.

“Today I want to give the public the assurance that the TTPS is staffed with a majority of officers who are honest, law abiding and committed to fulfilling their obligations and oath in the noble profession of policing.

Williams also sought to assure the public that all allegations made against police officers are treated seriously and those accused are not given favorable treatment.

“The TTPS will take a tough approach to any criminal conduct which is alleged against any police officer. The public is vesting trust in the TTPS and we must do nothing to undermine this. Clear decisive and timely action will be taken in every case to remove what we can describe as the rogue element from the Police Service,” Williams said.

In a press release issued following the briefing, the acting Police Chief said that since 2012, 150 officers, varying in rank from constable to Assistant Commissioner of Police (ACP), had been suspended by the TTPS after being charged with criminal offences, including murder, misbehaviour in public office, perverting the course of public justice, sedition, assault and driving under the influence.

Meanwhile, with the murder toll now over 400 for the year, leader of the main opposition United National Congress (UNC), Kamla Persad-Bissessar, had criticized the governing People’s National Movement (PNM) for not clamping down on crime.

Addressing a local government election campaign, earlier this week, Persad-Bissessar said that while in opposition, the PNM had solutions to tackle crime.

“They would hold press conferences saying they could solve all the problems in the country, including crime. Now they are in power they cannot solve crime,” Persad-Bissessar said, adding that murders have left ordinary citizens in fear for their lives.

She said citizens could express their disapproval of the government’s performance by voting against the PNM in the November 28 local government election.