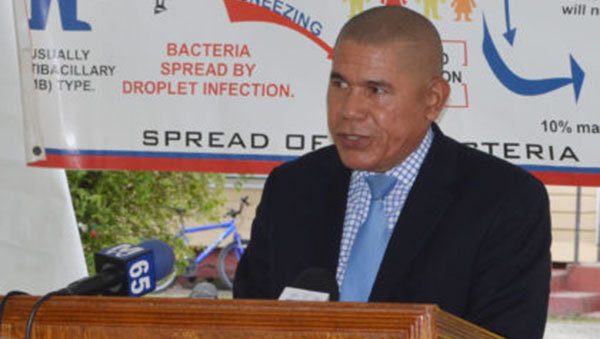 GEORGETOWN, Guyana, November 25, 2016 (CMC) – Guyana health authorities said that more than 100 cases of chicken pox has been recorded at a secondary school but has sought to assure students that the situation is “under control”.

Public Health Minister, George Norton, said that 164 cases had been recorded, last week, at the Paramakatoi Secondary School dormitory and that, while the situation is one which is “worrying”, nevertheless it is “under control”.

He said the Public Health Ministry is working, in collaboration with the Ministry of Education, to contain the outbreak.

Norton also disclosed that medical and environmental teams have been dispatched and are working to prevent the spread of the virus and treat all infected children.

Pharmaceuticals to treat the virus have also been sent to the region along with the varicella vaccine.

Dr. Oneka Scott, who is the focal point for Adolescent Health at the Ministry of Public Health, said that the varicella vaccine is a preventative one that targets vulnerable groups.

“It’s not part of our regular vaccination schedule…they are for special vulnerable population; those include dormitories, schools, orphanages, health, sanitation workers any type of vulnerable group,” she said, adding that the vaccine will be administered “to everybody who has not been previously affected and is not currently affected by chicken pox”.

Dr. Norton said that the Ministry is uncertain whether the virus has spread beyond the dorms and, as such, that school will be closed.

The varicella virus, commonly known as chicken pox, is air borne and can be spread by droplets of saliva from coughing, sneezing, talking or even breathing along with sharing utensils. The virus has an incubation period of 10-21 days and symptoms include headaches, fever (mild to moderate), and appearance of rash on the abdomen that spreads to other parts of the body.